Ending A Marriage: 3 Financial Realities You Must Face 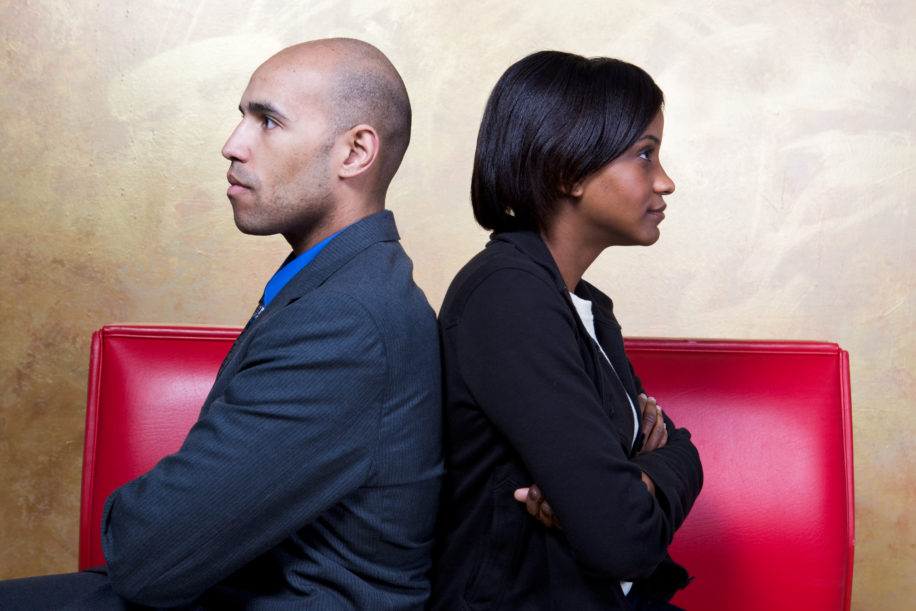 Marriage is a legal and financial contract, not just a spiritual and emotional one. This is why marital contracts are dissolved by the state (and specifically the court), not by the church. However, too often people pay a high price for ignoring this reality when ending a marriage. Women, in particular, are particularly vulnerable when failing to prepare for divorce, because they are more likely than men to experience a decrease in their standard of living in the year after ending a marriage.

Financial coach Patricia A. Stallworth says her lack of financial preparedness for divorce is what led to her becoming serious about her financial education, and ultimately becoming a financial adviser.

“Going through my divorce was the thing that launched me into a financial career,” says Stallworth, author of How To Get Divorced Without Losing Your Blouse: What Every Woman Needs To Know To Protect Her Future.”

“Like so many women, I had relegated responsibility for taking care of the money to my husband, because I thought he would do a good job of it,” Stallworth explains. “As I was sitting there at the divorce table for the settlement, I suddenly realized I had been wrong in my assumption because while he was really good at saving money, he was not very good at investing it; he had lost nearly all of our money after years and years of saving.

“So, because we had just moved from the East Coast to the West Coast for him to take a new job, I was sitting there with no job, no friends, no husband, and no money,” says Stallworth. “At that point, I wanted to learn everything about money—how to make it, how to manage it, how to invest it. I wanted to know everything. So I became a financial adviser.”

Today, Stallworth is a certified financial planner (CFP) who also holds an M.B.A., the host of the Minding Your Money 360 daily podcast, and the author of the Minding Your Money book series. She has also served as an instructor in both the CFP and CDFA (Certified Divorce Financial Analyst) programs. Stallworth offers three financial realities you must face when ending a marriage.

Don’t be a silent partner when it comes to knowledge and management of marital assets.

Ideally, you have been fully aware and involved in the finances of your marital partnership long before you said, “I do.” However, even if that’s not the case, you need to start now, from where you are. ”

When I work with people,” says Stallworth, “the first thing I tell them is that you need to take responsibility, you need to take control, need to at least be part of the process, regardless of your marital status.”

Think of ending a marriage as a business transaction.

“So you need to get your head in the game, and you need to realize that this is one part of your life ending, and a new one starting,” says Stallworth. “The thing you need to be focusing on is, ‘What do I need to have in place so that I can start my new life and be OK, make myself as whole as possible?’

“It’s really shifting that whole mindset from love and all those other kinds of things to, ‘Hey, this is my new life, I’ve got to be ready for that. I have to get my head together and look at this like any other business transaction.”

Acknowledge your feelings so you can process them—and keep them out of the transaction.

Ending a marriage can produce an overwhelming range of emotions, ranging from love and longing to regret and recriminations, to anger and a desire to retaliate. Allowing these to impact the process of divorce carries the serious risk of sabotaging your future financial well-being.

“Go ahead and acknowledge your feelings,” Stallworth recommends. “If you need to have some therapy at this point, go get it. A lot of people say, ‘Well, I can’t afford it.” Go get it anyway. I don’t care what you have to do; just get it. You have to separate yourself mentally from this whole situation.

“I tell my clients: You know what? Give me the gun. (And they look at me like I’m crazy.) Give me the gun, because what I want to do is I want to take the bullets [the emotions] out. So that when you shoot yourself—and you’re going to shoot yourself—you won’t hurt yourself. That gets them into the frame of mind of, ‘Oh my gosh; I could really be the one to mess this up,’ so they start to think about things a little differently.”