The Business Tech Revolution Entrepreneurs Need To Know About 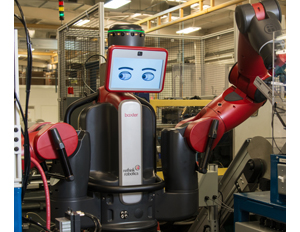 Artificial intelligence, virtual reality, holograms, and “smart” devices aren’t just the stuff of sci-fi anymore. They are all disrupting gaming, entertainment, and even the way consumers interact with their homes and vehicles.

They are also rapidly becoming important business technologies with which every entrepreneur should become familiar.

Typically, the latest technology is developed for and adopted by the consumer market. Businesses are too risk averse to take chances on the latest tech goods and services, preferring to wait to analyze how the consumer market responds and to perform beta testing to ensure that any new technology integrates well with existing systems and processes.

However, there is the danger of a business waiting too long to adopt the latest in tech and losing out to more future-forward competitors. There are already several major businesses that have adopted or are developing revolutionary business technologies. These technologies can help a business outpace competitors, boost operational efficiency, and cut costs.

Soundwaves: The New Frontier of Connectivity
Rodney Williams is the CEO and co-founder of LISNR, a new communication protocol that sends data over audio. It is a digital sound file that turns any speaker or piece of media into a beacon, working seamlessly across physical and digital spaces.

LISNR’s use-case scenarios include proximity marketing: Retailers can deliver content, information, and experiences based on where customers are. Venues can use LISNR to drive mobile-app engagement before, during, and after an event and can also deliver instant messages and promotions to attendees without using their existing wireless networks.

Broadcasters can use this technology to provide dual-screen content, supporting second camera angles or content feeds associated with the main broadcast.
Some of LISNR’s clients include Cisco, Visa, the Cleveland Cavaliers, and the company just signed up the Indianapolis Colts.

Williams not only created an innovative technology solution, but has provided a way for other businesses to incorporate advanced marketing and customer engagement technology into their strategies for success.

He explains the thought process behind creating LISNR’s SmartTones: “Can we connect sound? Could we take something like Morse code or a dial-up modem and just push it up above the human hearing level but at the level devices could hear? Could we connect a device to what a person is watching?”

A huge product update is about to be released. “We can now have devices talk to each other,” says Williams.

This capability opens up an entire new customer market for LISNR. SmartTones can be used for more than driving engagement, the asynchronous device-to-device connectivity means the technology can be used for contactless payments and other transactions; as well as for security, and even transportation.

The updates “help devices connect in the world’s most complicated environments,” Williams says.

“I’ve got a cell phone, laptop, smartwatch, and tablet–‘hey, how about you innovate sound as a way to connect that other piece of equipment.’ We can do that over a TV show while watching a live game–something pops up, and you want to buy it,” he says.

LISNR has the power of investors behind it. The company has raised $15 million in funding since its launch in 2012, including $10 million in Series B funding led by Intel.

Recently, Williams demonstrated LISNR at the Mobile World Congress event in Barcelona. “Each attendee had a chance to create, upload, and play SmartTones on the fly.”

Even with all the Internet traffic congestion at the show, guests were able to see their just-created content played on various mobile devices upon ‘hearing’ the tones, according to a statement on LISNR’s blog.

Williams will further explore using LISNR as an alternative way to connect devices instead of Bluetooth and other short-range protocols.

Virtual Reality: A Step Up in Experiential Marketing
A great example of an entrepreneur who has incorporated the latest in technology into their business is that of Tricia Clarke-Stone, the co-founder and CEO of Narrative, a marketing agency.

Prior to Narrative, Clarke-Stone was the head of Russell Simmons’s agency and his digital business. It was there she learned of the power of technology in marketing.

“That’s when I developed an immense affinity for technology. When you are trying to do things that haven’t been done before, you have to invent the thing that you want to do,” says Clarke-Stone.

“I started utilizing tech as part of my solution as it relates to marketing and advertising. Gone are the days where you can just engage consumers with a short advertising spot. It’s about building relationships with these brands, and why do people care about your brand.The brand has to almost create a persona.”

Narrative created a virtual reality (VR) experience for a JCPenney campaign. “It was an in-mall experience in four different markets. It was meant to entertain folks during the holidays, but [also] to be a trigger to engage consumers and drive them into the JCPenney location. VR is not usually used in that sense; it’s usually an entertainment vehicle. It has a wow factor,â€ she says.

“We wanted it to be more of an inclusive experience so that we can get the scale we needed to attract more people,â€ Clarke-Stone explains. “So, we ‘gamified’ it. We put up a big screen and the audience started to build. They could engage with elements of the content–instead of going to the mall to see Santa, we are going to take you to the North Pole. You sit in the sleigh [via Virtual Reality] and as you took flight, you would feel cold bursts of air.

“In this virtual world, Santa hands you a gift. In the physical world, an elf actually handed you a physical box. When you opened it; we had a coupon or special offer that served as a driver to a JCPenney location. We had record numbers of driving people into the stores.”

Clarke-Stone says that was just the beginning of Narrative’s exploration of immersive marketing. “Now, how do we step up VR; how do we make it measurable? Every time we use tech we’ve used before, we figure out new elements and layers to evolve.”

Read the full article in the May issue of Black Enterprise magazine. 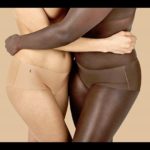