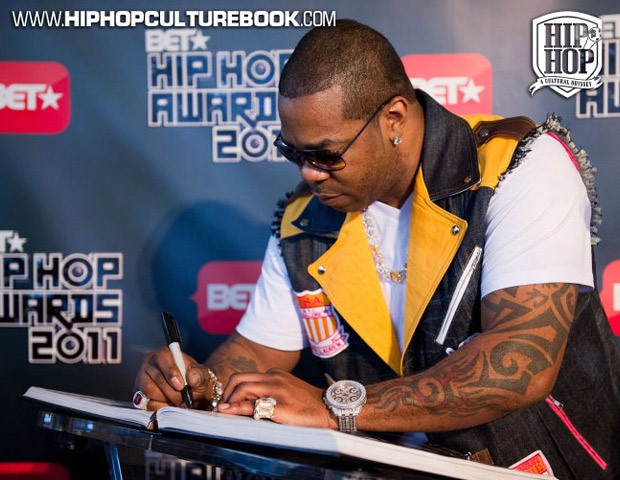 Hip-hop legend Busta Rhymes adds his name to the list of signees.

Even after 20 years in the music business, veteran rapper Busta Rhymes (born Trevor Smith) still manages to remain relevant musically and keeps his artistic brand in good standing with an often fickle hip-hop audience. Proof of that can be found in his feature spot on Chris Brown‘s No. 1 rap and hot R&B/hip-hop song “Look at Me Now.â€ More recently the seasoned performer saw an increased buzz when news broke of joint venture with Google Music and Lil Wayne‘s Young Money Records, which is home to platinum selling artists such as Drake and Nicki Minaj.

BlackEnterprse.com caught up with Busta Rhymes during the BET Hip Hop Awards as he flipped through the in-depth anthology, Hip Hop, A Cultural Odyssey. In the video interview below the Brooklyn, NY native recounts the day he cut his trademark locs, which was documented by noted photographer Jonathan Mannion, regaining custody of his children and the importance of leaving a musical legacy for the next generation.

To Sue or Not To Sue? What Kim Kardashian Can Teach You About Filing a Lawsuit

FacebookTwitterYoutube
← To Sue or Not To Sue? What Kim Kardashian Can Teach You About Filing a Lawsuit ← Russell Simmons Defends the Rush Card, Support of Occupy Wall Street
×
'