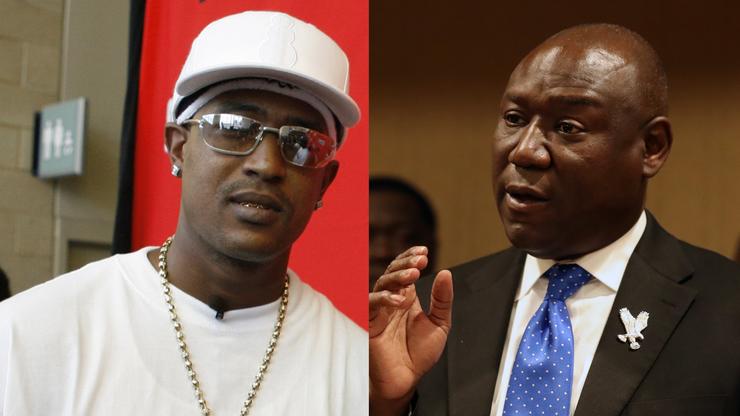 Corey Miller, the incarcerated rapper who better known as C-Murder, recently made news for going on a hunger strike based on the condition of his jail. Now, C-Murder has added civil rights attorney Benjamin Crump to his legal team.

The rapper, brother of hip-hop entrepreneur Master P,  recently announced via his Instagram account to he was going on a hunger strike to protest the conditions at Elayn Hunt Correctional Center in Louisiana. He is currently serving a life sentence for a murder he says he didn’t commit.

According to BRProud, Crump, along with attorney Ronald Haley Jr., released a statement after taking C-Murder as a client:

“No one in the State of Louisiana is sentenced to contract COVID-19 nor die from it. There are far too many people who are unreasonably compromised due to existing medical conditions and older age who will suffer or die due to the spread of COVID-19 and the Delta variant. There is no form of justice that should allow this level of neglect for the health and safety of those who are incarcerated.

“Mr. Miller maintains his innocence and we are diligently working with his legal defense team to free him, but In the meantime, we are monitoring the conditions at Elayn Hunt and are considering taking legal action. We stand with Mr. Miller and everyone who is incarcerated who are in fear of losing their lives due to the pandemic and inhumanity of the correctional system. We demand that the Department of Corrections act immediately.”