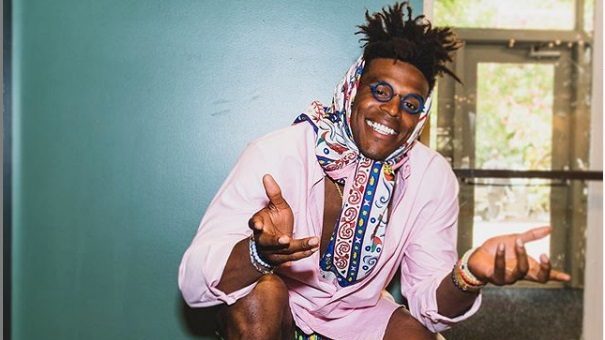 The former MVP with the Carolina Panthers has upset many with his negative comments toward women after saying in an interview that some women “don’t know when to be quiet” and “don’t know how to allow a man to lead.”

According to USA Today, Newton appeared on the Barstool Sports Million Dollaz Worth of Game podcast that aired Sunday.

“I had a perfect, a perfect example of what a man was in my life by my father. My parents have been together for 36, 37 years now and it’s a beautiful thing. I grew up in a three-parent household: my mom, my father, and my grandmother, and I knew what a woman was, not a bad (expletive), a woman.”

In an effort to explain what he meant by what he stated, it went in a different direction.

“And there’s a lot of women who are bad (expletives), and I say (expletives) in a way not to degrade a woman, but just to go off the aesthetic of what they deem is a boss chick.”

“Now, a woman for me is, handling your own but knowing how to cater to a man’s needs. Right? And I think a lot of times when you get that aesthetic of: ‘I’m a boss (expletive), Imma this, Imma that.’ No, baby. But you can’t cook. You don’t know when to be quiet. You don’t know how to allow a man to lead.”

Twitter had a couple of things to say to him:

based on this, I’d argue Cam’s the one who doesn’t know when to be quiet https://t.co/rT6kT1BQf0

I heard the entire interview ..he called men out as well nothing to see here https://t.co/bvHnMlkps4

Cam Newton’s comments were taken way out of context like most things in this age of social media. He was explaining what he likes in a woman, not how he views women as a whole.

We live in a Karen society

Women get on this app and tell everyone what the want from a man everyday. Cam Newton said some reasonable shit and people are flipping out. https://t.co/xVkdOjpnvW

Women come on this app and say “I want a man that does this or that” all the time but God forbid Cam Newton go on a podcast and say his preference of women. Y’all just want this man to fail so bad and for what? https://t.co/kBpPTf0cvE

Cam Newton is getting fried for saying the fact that “men need to be men and women need to be women.”
This shouldn’t be controversial!