Can Bill Gates Save Our Schools? Interview With Bill Gates 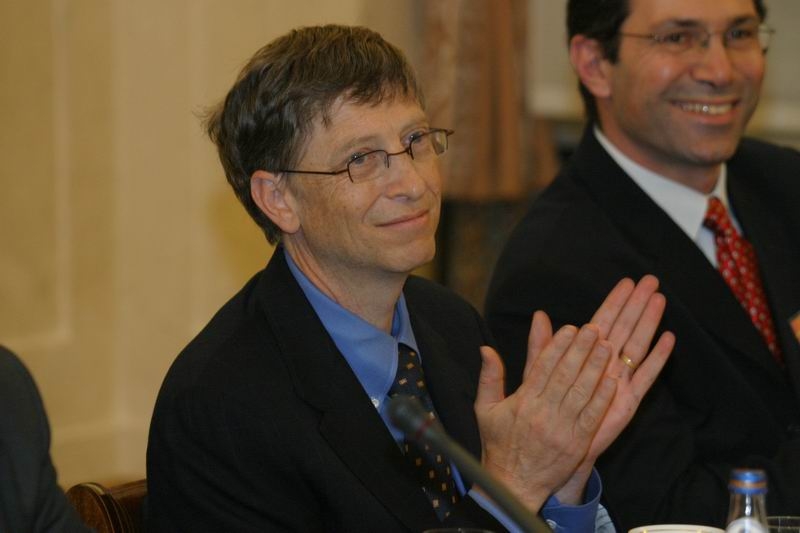 Three years ago, Bill Gates transitioned out of his day-to-day oversight of Microsoft Corp. to tackle important health and education issues. As co-chair of the Bill & Melinda Gates Foundation, Gates (who remains chairman of Microsoft) spends much of his time and considerable resources examining ways to help the world’s poorest people lift themselves out of poverty, investing in the development of vaccines to combat diseases, and improving education in the U.S. to increase the number of graduates–particularly in underserved communities. Since its founding in 1994, the Seattle-based nonprofit has committed to more than $25 billion in grants in these three areas.

Black Enterprise Multimedia Editorial Director Alan Hughes sat down with Gates following his discussion at the annual National Urban League Conference in Boston to discuss the state of American public schools and how the Bill & Melinda Gates Foundation can help improve education in the U.S.

Where can you best apply the resources at the Gates Foundation to really move the needle and help to improve inner-city public schools?
We have two big theories about how we might be able to change things. One is to help improve the quality of teaching. And that means really studying why some teachers are so much better than others and making it easily available for teachers to watch exemplars–exemplars who calm the classroom down, exemplars who include the kid who’s behind, exemplars who make a subject particularly interesting. There is some magic stuff being done by the best teachers. And yet there is not really an effort to transfer those skills to other teachers. One of the ways to change that is through the personnel system. You get feedback. You get peers to come in and see what you’re doing. If there is a digital camera in the classroom you can even review yourself. When did the kids start becoming inattentive? Asking another teacher to look at what you did [and] give you advice on that.

So improving teaching is the biggest thing we’re doing. We have partnerships with school districts that are trying that out. It leads to a review system that is diagnostic, helps the teacher know what they’ve got to focus on. The second big [step] is that technology can be part of the educational experience and make it so that the learning is personalized, directed, and motivational. That, too, isn’t easy because there have been a lot of naive views that would come about in the past and it hasn’t really happened. Again, technology is far more powerful now. Putting great videos out on the Internet, and having the kids, either through their own computer or the library where there are computers they can check out, or at school, have access to that enabling factor is already there. Now we just need to build wonderful content that connects and isn’t isolated from what goes on in the classroom but is kind of complementary to it.

Access to that technology at the K—12 level isn’t really where it should be, which sort of puts a lot of students behind the ball when it comes time to graduate and go on to the next level.
Right, but the key point is that the technology is only lightly connected to the classroom experience today. The view is that it could be used in a new way, and people like Sal Khan [founder and executive director of the Khan Academy, a free online education platform and nonprofit organization] are getting a lot of visibility for their work. You put these short lectures online for free and then you’re actually going to that lecture part outside the classroom. And so you use the classroom time for problem solving if there is something you are confused about, or sophisticated ways of looking at the concept. You are actually kind of inverting the way teaching is done–where it used to be that you’d sit and listen to a lecture in the classroom and solve problems outside, here you listen to the lecture outside and go do the problems inside. The early pilots on that are very, very good. You can even create the equivalent of an extended school day, so when your teacher is around you’re solving problems, but for a few hours at the end of the school day you’re staying connected, listening to lectures, trying out the sample problems. Everything you do goes into a report that your teacher can see for that whole class. How are they doing? How should they be grouped for the lesson time the next day?
It seems that 30 years ago the public education system did the trick. Now our schools are really not where they should be to ensure that America can compete globally. What happened?
The main thing that happened is the other [countries] kept improving their school systems and made them a lot better than ours. They actually manage their teachers the way we manage sports players, where if you are not delivering you’re not on the team. And they are constantly studying who is doing well. They have more school days. They have a longer school day. That’s worked for them. Our school system has largely stayed the same. The achievement levels have not really moved. The amount of money being spent on schools as a portion of the economy or any measure has gone up a lot in the last 30 years–I mean massively. And the numbers of the people, adults being paid to the number of students–there are twice as many adults now as there were 30 years ago. The amount, the relative salary of those people compared to the average salary, is much higher today. It was below average. Now it’s above average. So there is this huge investment that’s been made, and yet achievement in the country–math, reading, and whatever you want to take–is flat. The reason other countries are ahead of us is they improved and we didn’t.

You hear a lot about schools being underfunded. Is it so much the funding, or the application of that funding?
That’s right. You compare the states that fund their schools very generously … it’s been said that parts of New Jersey spend $25,000 per student per year … their performance is much worse than in Utah, which spends $6,000 per student per year. So you don’t always find a correlation between an amount being spent and results. Now, I can think of lots of ways that more money would be helpful. And I’m all for spending more money on the K—12 and higher education systems, but it’s not the reality of the current budget situation that you’ll be getting more money for K—12. You won’t be getting more money. It’s not going to happen. We’re going to have to fight very hard to make sure we don’t get less money, because the claims, medical costs, and pension costs, and just debts run up from the past are commanding more and more of both state and federal budgets.

So just to keep education [spending] flat … is a pretty tough assignment. We have the last 30 years where we doubled what we spent and achievement stayed flat. Our assignment for the next 20 years is to–with spending staying flat, if we do a really good job politically to make sure it doesn’t get cut–that we’re supposed to double achievement. Then you have to say, OK, what is the magic to do that? Well, a good personnel system. You know, if you took a baseball team that said everybody has tenure versus a team that really learns from each other and picks the people who belong on that team, there would be no contest there. So the personnel system can do amazing things. And we are already starting to see that. And the view is that technology can do some amazing things. But that’s the only way I can say with a straight face, yes, education in America can get better despite the financial constraints.

What else can we do to ensure or move the needle with regard to African American participation in the STEM fields?
Well, I think it all comes down to how good the teachers are in 5th through 12th grade. Inner-city schools have the least experienced teachers, the ones least likely to have a background in the subject they’re teaching. If I hadn’t had great teachers during those years I wouldn’t have learned how cool science and math are. In fact, I had a bad biology teacher and it’s only as an adult that I’ve realized, hey, biology might be the most interesting science of all. But I stayed away from it. So the science is interesting, and yet it can be made very uninteresting. If you want to look at the extreme case, the numbers for black males and their interest in that area are really stark. Some people talk about getting more black males to go into teaching. I agree with that. But the absence of teaching that can make it fun … you know, when you get confused, is it a discouraging experience, or does the teacher reach out and make you feel OK about it? How many times do you want to be confused before you figure, hey, this isn’t for me? Particularly if someone else makes it look as if it’s easy for them.Â