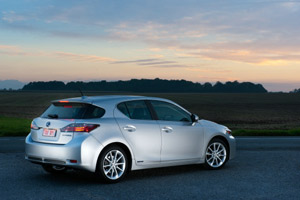 In President Obama‘s recent State of the Union Address, he called on the car industry and the American citizens to become less dependent on oil. The President is banking on one billion electric cars being on the road by 2015. This is a tall order to meet considering we’re four years away from the proposed deadline and don’t even have the infrastructure in place to accommodate electric vehicles.

In order to meet the President’s lofty goal, we have to ask the following questions: Where are the recharging stations to reboot the electric vehicles? And what’s going to encourage Americans to buy an electric vehicle, when we haven’t even warmed up to hybrids yet?

According to hybridcars.com, hybrid sales dipped over the past three years, as the overall new-vehicle market rebounded in 2010. Added to that, the government literally pulled the plug on subsidizing hybrids (and diesels) at the end of last year–shifting funds to electric cars and plug-in hybrids for 2011. (Currently, the Chevy Volt and Nissan Leaf are the only two semi-affordable mass produced vehicles in production qualifying for this incentive).

While the media has led us to believe that everyone is driving green, the reality is that hybrids only represented approximately 2.5 percent of the overall market in 2010, equating to only 28,592 vehicles. These dismal numbers are a far cry from what the President is asking of America (and the automakers) as it pertains to this big push toward electric vehicles.

Furthermore, minorities really haven’t jumped on the green bandwagon. The latest study conducted by J.D. Power, a marketing research firm measuring consumer behavior, revealed that minorities (African Americans, Hispanics and Asians) purchased 14.1 percent of the hybrids sold in 2008, as opposed to 20.4 percent of gas-powered vehicles. Based on these numbers, one can only assume African Americans are underrepresented in the hybrid market, since this group represented only 6 percent of all-new vehicles sold last year, according to a recent report commissioned by Toyota Motor Sales USA.

Ford Motor Company recently found this to be the case, as they sought the assistance of a research firm to conduct focus groups in three metropolitan cities with African American hybrid (and luxury) owners in the age set of 30 to 49, who had purchased their vehicle new. While it was relatively easy for Ford’s research firm to find luxury car owners, they hit a wall when searching for African American hybrid owners.

In order to get the country moving toward driving green, it’s going to be incumbent upon our government, along with the automakers, to work hand-in-hand to make this happen. Minorities, more specifically African Americans, need to be looped in the marketing plan, helping Americans go green. As the fast food chain McDonald’s has learned, marketing to African Americans in the mainstream media (outside of the typical Black TV programming) literally helps drive the success of the company. The government (and manufacturers) should do the same with the automotive community by taking the following steps:

So, if Obama’s administration expects for consumers to go green, the best means is to grow the business through the minority community. Once they go green mainstream will follow suit… just ask McDonald’s.

Jeff Fortson is an auto analyst and editor of JeffCars.com, an educational car-buying site for women and minorities.