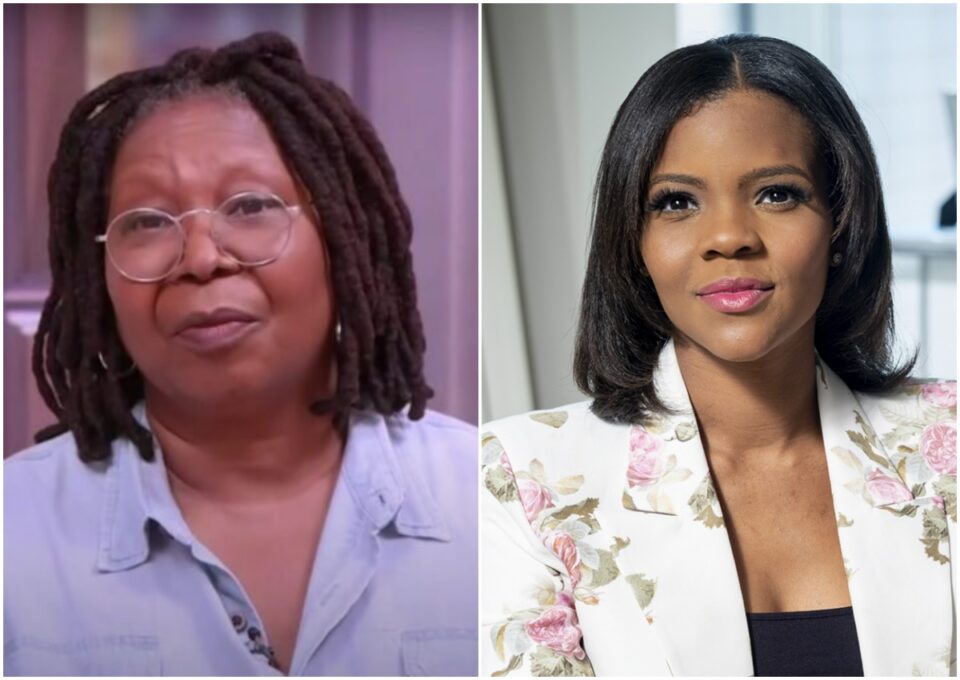 The controversy over Whoopi Goldberg‘s remarks on The View  this week  led to a two-week suspension  by the suits at ABC.

That did not go unnoticed by Candace Owens, the Black conservative provocateur. She took a swipe at Goldberg in a Tweet: “God has a sense of a humor.”

Poetic Justice: Whoopi Goldberg (a woman who picked a fake Jewish last name for herself) getting suspended for a rant against Jewish people during the same week that she demands Joe Rogan’s censorship and removal.

God has a sense of a humor.

Goldberg was under fire for the contentious comments she made Monday morning that the Holocaust had nothing to do with race during a heated “Hot Topics” segment.

ABC News president Kimberly Godwin took action by suspending the host. Social media, the Jewish community, and many others called out The Color Purple actress for her evidently misinformed take on the awful history of the genocide of European Jews during World War II.

Goldberg took to Twitter and apologized for stating the Holocaust was not about race after learning it was, in fact, about eradicating the entire Jewish race.

Evidently, the seemingly sincere apology from Goldberg was not enough. Multiple sources reported that The View co-hosts Sunny Hostin, Joy Behar, and Ana Navarro were incensed over the decision made by the network to suspend Whoopi for two weeks.

Meanwhile, the controversial Owens was in glee as was Republican Texas senator, Ted Cruz, no stranger to his own controversies. He tweeted a suggestion to nominate The Daily Wire’s Candace host as a Supreme Court candidate.

To which she replied:

Black AND a woman.
Some would say I’m over-qualified. https://t.co/SBzMZhkzVO