Candace Owens Feels the Heat On Twitter After Attacking AOC 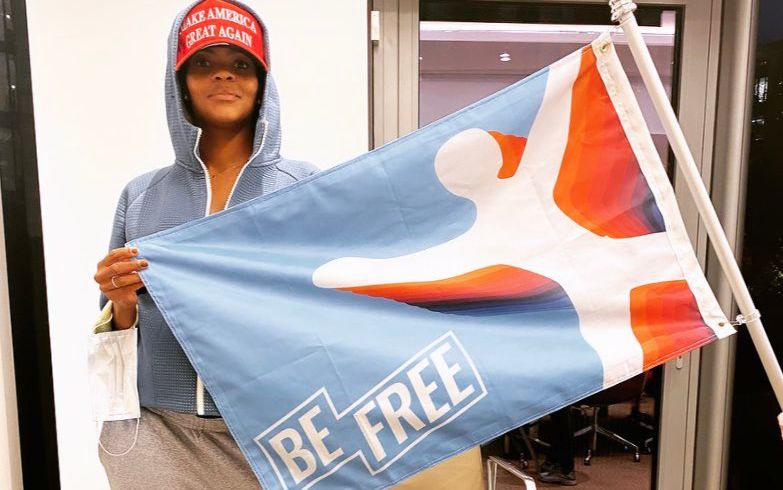 The antics of Black conservative firebrand Candace Owens aren’t cooling down. The controversial pundit took to Twitter to state that Congresswoman (D-NY) Alexandria Ocasio-Cortez “staged a photo shoot” to “spread lies about immigrant children in cages.”

Owens also utilized the hashtag #AlexandriaOcasioSmollett to compare her to actor Jussie Smollett based on his telling of the attack against him being made up.

It didn’t take long for Twitter users to defend Ocasio-Cortez.

On a day in which #AlexandriaOcasioSmollett is trending, please never forget the time that @AOC staged a photo shoot dressed in all white at a parking lot to spread lies about immigrant children in cages.

Faking her own attempted murder was the next logical step. pic.twitter.com/y8mNNowMGy

This is a lie, Candice Owens. I was there in Tornillo and saw @AOC with my own eyes. @MariaTeresa1 was there too, as were many others who opposed child torture. I paid through the nose for a last minute ticket to be there. @PhilippeReines was with me. https://t.co/T8kthln2bL

Here’s photo of @AOC and @MariaTeresa1 that I took with my own camera in Tornillo, @RealCandaceO. You should retract the lie you’re telling about AOC—and, if you’re capable of shame, you should be ashamed for mocking the outrage over family separations and child torture. pic.twitter.com/7PbRtRCCB7

Hey Candace, remember when you sued our school for racial discrimination back in the day but you now claim that racism isn’t real and you’ve never experienced it? Everything you say is a lie.

You’ve filed so many fake lawsuits trying to be the victim https://t.co/P2BprbvYji

Never forget…how some people will sell their souls for trash. pic.twitter.com/PWuvdSPRu6

You’re literally the worst Black grifter on the planet. https://t.co/nmKpWfhxhP

This is yet another disgusting lie. You are so self hating, I almost feel sorry for you. But I don’t. You are inexcusable. I won’t even speak to ppl who I know RTd your words in support of them. I can’t imagine what happened to you to make you so toxic, jealous & bitter.

lets also remember when you Candy didn’t pay your rent in 2019 after accusing AOC of being fiscially irresponsible https://t.co/xdRcHNgGui pic.twitter.com/dSezZQGU20

Remember when you enlisted the help of the Connecticut NAACP to sue Stamford Public Schools for racial discrimination, then turned around and called the NAACP “one of the worst groups for black people” https://t.co/DEcfPRIQtI