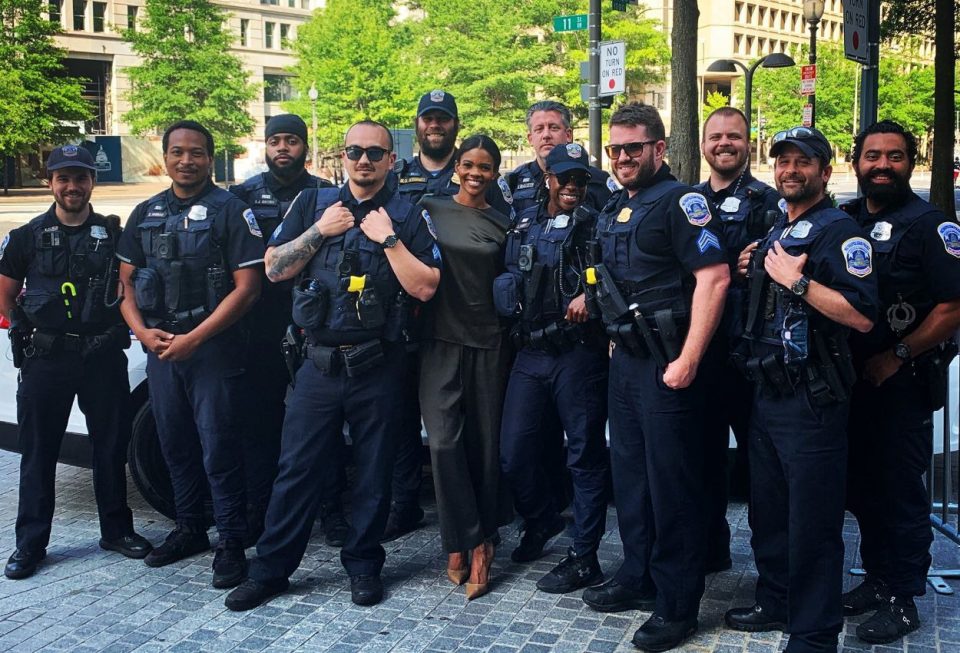 Black conservative and political firestorm Candace Owens has stated that the Atlanta police officer who shot and killed Rayshard Brooks in the back was unjustly fired. The Pro-Trump and anti-Black Lives Matter pundit took issue with the firing of former Atlanta police officer Garrett Rolfe via her Twitter account.

The highlight of my day today!
To my men and women in blue: America loves you. Your badges are honorable, and for as long as God continues to bless me with a platform, I will use my voice to support to you always. #BackTheBlue pic.twitter.com/KEq0LWCxpR

She then moves on to speak about the police killing of Brooks by stating: “He was JUSTIFIABLY fired on.”

Rayshard Brooks ran away from cops with a stolen taser which he attempted to fire at cops. He was JUSTIFIABLY fired on.
Black Lives Matter doesn’t care about facts though so let’s burn down Atlanta (a black city) and throw Brooks SIX state funerals!

Any person demanding justice for #RayshardBrooks is representative of the absolute vermin of American society. There should be protests DEMANDING that the police chief be reinstated and that mayor @KeishaBottoms RESIGN for placating CRIMINALS.

As her rant continues, she states “We are tired of being told we “ain’t black” because we don’t have the time or the desire to defend your criminal ass brother, cousin, or son— just because he has the same complexion as us.”

We are tired of having our image tainted by the radical leftist anarchist black lives matter movement.

Before ending her rant, she vows that she is “building out a fund” for officers that she feels are “unjustly terminated.”

We are working on building out a fund that will go live tomorrow for officers that are unjustly terminated.

Can someone please get me the name of the officer that was fired for #RayshardBrooks incident?

She then ends her tirade with:

I am not a part of the criminal community.
I have absolutely nothing in common with any violent criminal.
MY community is the one filled with law-abiding citizens, and I support them every single day. https://t.co/8yMIdVy5W0