The Cardi B Effect: Why Hip Hop's "It Girl" Leverages Fame and Publicity for Success 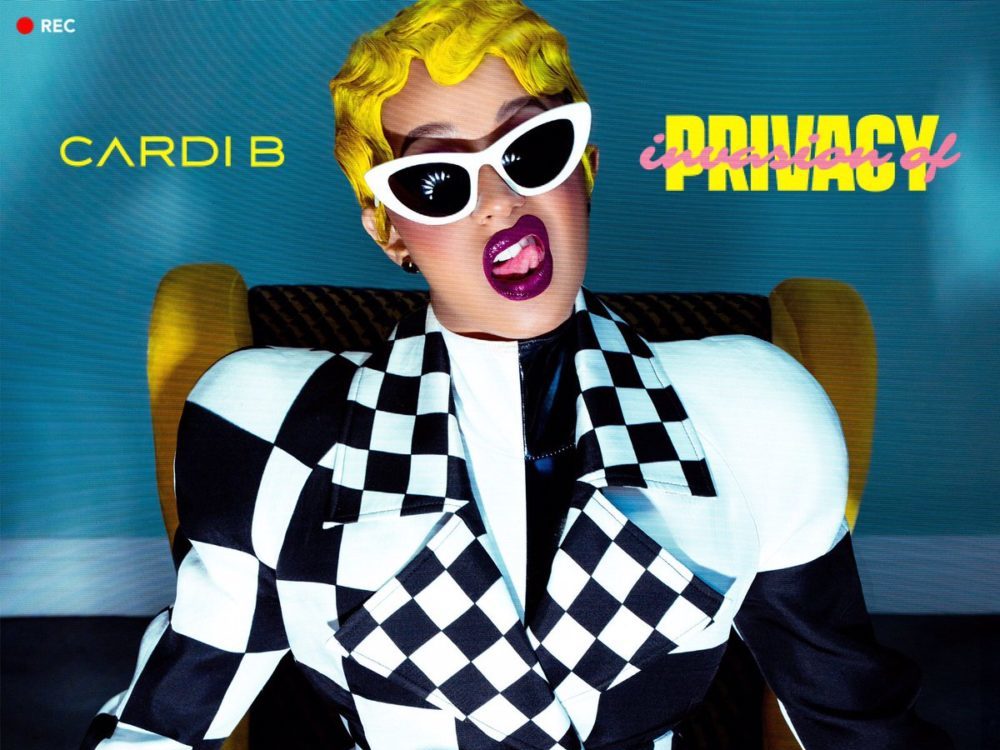 Anyone abreast of current trends, conversations, and the happenings of the times are merely degrees of separation from rapper Cardi B. Whether you love her, hate her, or are indifferent; whether you consider her a skilled rapper, or believe she is a flash in a pan at the current moment, Cardi B is music’s current “it girl.”

As of now, Cardi B is one of the ubiquitous ones — celebrities or pubic persons who dominate for a time, or for a lifetime, and if they are fortunate, dominate all or most facets of entertainment. She can be heard in most of the current music on the Billboard Hot 100. She is all over our televisions, and as of this past September, she is in women’s make up cabinets as she adds her name to the products of fashion daddy Tom Ford. Cardi can also add multiple Grammy nominees to her resume as her debut album Invasion of Privacy scored five nominations. Even after dealing with the not-so-fresh press, following her dust-up with Nicki Minaj at a New York Fashion Week event, fights with strippers and bartenders in strip clubs, beefs with other peripheral, women rappers, and as of recently, breaking up with husband Offset of Migos (more on that later), she has proved her brand is intact.

The Bronx-born half Trinidadian, half Dominican rapper has seamlessly weaved her way through various genres of music as her voice is heard in not just Hip Hop music, but also R&B, and most recently, pop music. She formerly had the highest selling opening week of any female artist in 2018, when her debut album debuted at No.1 on the Billboard Top 200 with 255,000 equivalent units her first week of sales tracking. The album has scored near-universal acclaim, headlining and turning out almost all of the worldwide music festivals. She even having to cancel a few after the birth of her daughter Kulture. She has amassed fans from all over the world in the process, and is becoming a global force

To compound the depth of her success, Cardi recently accomplished a feat no other woman rapper has done. She has amassed three No.1 Billboard Hot 100 hits: Bodak Yellow, I Like It, featuring Bad Bunny and J Balvin, and a feature on Maroon 5’s Girls Like You that sat at the penthouse of the Billboard Hot 100 charts for seven weeks. With her feature on the remix of Maroon 5’s Girl Like You, spending that many many weeks on the top of the Billboard charts, she also has the accomplishment of spending 11 cumulative weeks at No.1, solidifying her place in Hip-Hop culture. Not only is this noteworthy because it was attained while riding high on the success of her debut, but two of her chart toppers were tracks from her debut album with her first No.1 hit; 2017’s summer banger, Bodak Yellow was a chart-topping success with no features.  While that may seem like a trivial layer of accomplishments to some, to Hip-Hop heads devouring today’s Hip-Hop output, most albums are pregnant with features of contemporary rappers so this is a significant accomplishment. Therefore, none of her detractors are allowed to take away her shine by surmising her success is based on her features or being linked to other famous rappers.

Lastly, to reiterate for effect, her debut album was nominated for five Grammy awards with two of them being in the big four categories: Album of the year and song of the year for I Like It. The other three nominations were for best rap album, best rap performance, and best pop duo/group performance for Girls Like You shared with Maroon 5.

As is the case with fame and fortune, detractors and the proverbial haters show themselves and began to tear down whatever success an artist attempts to achieve. People who may have supported her in 2017, now dig through her social media past to come up with problematic material in order to highlight any perceived ignorance, or ratchet behavior as some have termed it. It’s what’s expected of fame and ubiquity. For the most part, hardcore fans and casual listeners alike applaud her for her authenticity and ability to speak on matters with a raw, urbane, assertiveness that is familiar to some, but very much her own. However, others bristle at her ways and predict if she doesn’t get the right people behind her to set her up for continued success, a fall from grace is inevitable.

Cardi hasn’t exactly helped herself at times. There is the bar brawl at Angel’s Strip Club in Queens, New York, where sister bartenders got into a scuffle with members of Cardi B’s entourage in which they were alleged “to have thrown furniture recklessly, causing injuries to employees’ feet and legs,” according to USA Today. It was alleged that the sisters slept with Offset, and that ordering members of her crew to fight them was the rapper’s revenge.

However this lawsuit ends, someone in Cardi’s camp may need financial assistance, for actions of this nature, which will inevitably come from Cardi’s bank account. Settlements for the actions of careless friends rack up and get expensive. Recently, the tide has turned as news of Cardi and Offset’s impending breakup. Cardi took to Instagram to speak on her break up in a video that has since been removed. But here is what she said in a nutshell:

“He’s always somebody that I run to, to talk to — and we got a lot of love for each other, but things just haven’t been working out between us for a long time.”

Many sighed in relief because Offset has a wandering eye, and saw the writing on the wall when she first announced she was pregnant. This is a step in the right direction.

Then there is the ongoing beef with Nicki Minaj that won’t seem to crash, burn, and fade away into the memories of our smartphones. Shots are taken in radio interviews from one side and a brutal response is given on Instagram from the other side, resulting in eight-minute videos, uncovering all the facets of their multilayered squabble. The battle between the women probably won’t be over for some time, especially since Nicki Minaj recently took aim at Cardi B in her “Good Form” video. However, Meek Mill, Nicki Minaj’s ex, and the only rapper to publicly get herbed by Drake on wax, dropped a track on Nov. 30, entitled ‘Championships” which features Cardi, Jay-Z, and Meek’s former nemesis, Drake. The track garnered much attention on Twitter as users began trolling Nicki Minaj because of the interesting entanglements of this collaboration — that is Nicki Minaj’s arch-enemy and her ex on the same track.

What we hope for the young, multiplatinum superstar is longevity in her career. We want the hits to keep coming and for her star to continue to rise. Most importantly, we want her to retain her authenticity; that raw, raucous, New York City, but specifically Bronx way of being that many of us have come to appreciate — even love. We don’t want to see her fall victim to the same pitfalls that have befallen some of the most popular celebrities: bankruptcy, addiction, surrounding oneself with the wrong support system among many things. We hope she follows through with her separation plans from Offset and get far away from him. Offset, like many young rappers with money, fame, and their own brand of ubiquity, are hot in the trousers, attempting to “smash” anything walking. Monogamy is the last quality they will cultivate in relationships.

We want Cardi to make it because we the critics, social scholars, fans, and casual observers alike know ubiquity doesn’t last forever. One day you are on top of the charts, and the next day casual listeners are asking one another, “Remember (insert former celebrity’s name)?”

But in the meantime, keep shining; keep winning; keep reppin’ for New York City and the Boogie Down BX.