Cardi B is a Mommy For The Second Time After Giving Birth to Baby No. 2 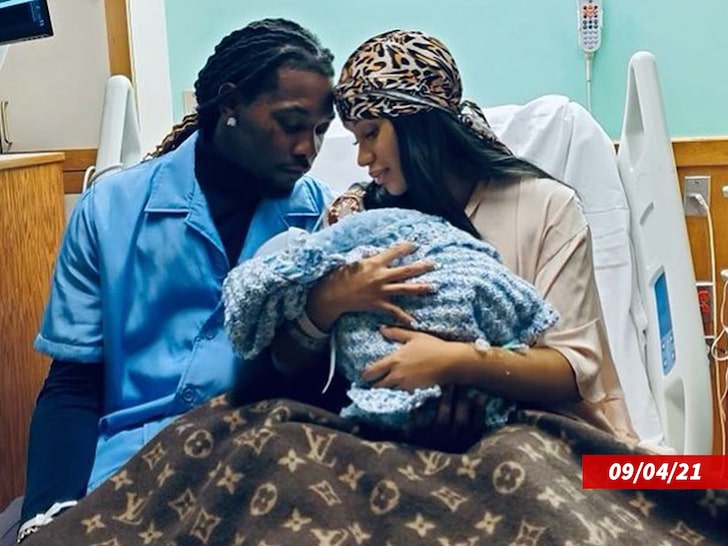 Cardi B and Offset

Cardi B is basking in joy holding her new baby boy after giving birth to baby number two, TMZ reports.

The proud momma posted a pic with her husband Offset, cradling her infant from a hospital.

As we previously reported, it’s her second child with her husband and Migos member, Offset. The couple’s first child, Kulture, was born in 2018.

Earlier this year, Cardi B not only turned out her onstage performance with The Migos, but the “WAP” rapper also revealed her growing baby bump during the 2021 BET Awards on Sunday night.

The glowing mom-to-be also posted a provocative image of herself on Twitter.

Hopefully Cardi wasn’t stressed out after the “WAP” rapper took to Instagram Story on last Wednesday to show how Ida affected her $5.8 million home in the Sandy Springs suburb near Atlanta, where the video was likely shot. Water seemingly has pooled in a hallway as Cardi follows the trail of water to a flooded bathroom.