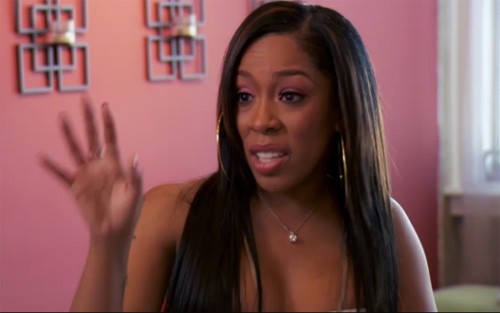 K. Michelle reportedly refused to perform in Florida because she wasn't the headliner, snubbing fans in Tampa. (Image: File)

There’s never a dull moment in celebrity news, from angry rants on social media, to inappropriate interviews and public fights. Rather than simply laughing at the blog reports, we can use these celebrity incidents as a teaching tool on what we don’t want to do in our career.

Chris Brown and Drake Beef: While there are mixed stories floating around the ‘Net about the exact cause of the fight between these two artists, it’s safe to say that the drama between these two will be linked to their careers for a while. Whether you have drama with a coworker or another professional outside of your company, it’s never a good look to engage in conflict that will tarnish your career image and be linked to your name for years down the road.

Ice- T Blasts Wife on Twitter: Earlier this month, pictures surfaced of Ice-T’s wife Coco posing suggestively with a man who clearly wasn’t her husband. In response, Ice-T took to Twitter, blasting his wife for being inappropriate. Although Ice later deleted his tweets, this incident is a clear sign that it’s never good to put your relationship drama on social networking sites. Considering his latest bread-and-butter is a reality show focused on the love between the two of them, this put a major dent in that brand of amour.

K. Michelle Backs out of Florida Show: Earlier this year, reality star and singer K. Michelle was set to perform in Tampa alongside artist Lyfe Jennings, but when she found out she was performing before Jennings rather than after, reports surfaced that she backed out because she felt she was the “bigger star.â€ It’s important to note that no matter where you are in your career, it’s always good to remain humble and realize that your own measurement of success is not what makes you better than someone else.