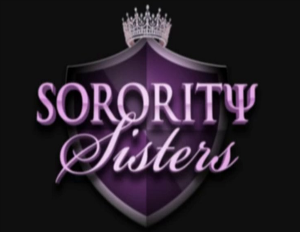 Monday night’s premiere of VH1’s new reality television show, Sorority Sisters, was so controversial that negative reaction forced companies to pull their ads from the network.

Pressure from places such as Hallmark, Carmex, and even Selma director Ava DuVernay has painted the VH1 show in a bad light. As public opposition continues to grow, viewers who watched the premiere episode believe that Sorority Sisters portrays black Greek life poorly.

Carmex, the lip balm company, announced that it would pull its ads from the network until VH1 canceled the program. Hallmark followed suit, according to Linda Odell in an email, saying “because of consumer reaction to the program, we will pull ads from VH1.â€ Several other advertisers including Crayola, Honda, JBL, a subsidiary of Harman International, and State Farm have also said they are pulling their ads from the show.

For those on the outside unaware of the Sorority Sisters show, it chronicles the lives of nine Atlanta area women who belong to African American sororities. The show’s trailer was aired back in June and was so negative that it was pulled off the Internet. The first episode, which features these “Divine Nineâ€ ladies name-calling and fighting, has only fanned the outrage that viewers and companies alike are angry about.

In fact, the #BoycottSororitySisters hashtag was developed to steer advertisers away from the program. VH1 went ahead with the program despite calls from members of black Greek organizations to drop production plans. “A lot of [Black Greek Letter Organization] members were angry that their initial petition didn’t work, and that VH1 was trying to sneak the show into their lineup without much notice,â€ Lawrence Ross, who helped launched the boycott efforts, wrote in an email to The Post.

Sorority Sisters was seen by 1.3 million people in an emailed statement from VH1, and it was the number one non-sports cable program in that time period among women ages 18 to 49. “There are currently no plans to change the series and it seems to be connecting with its audience,â€ the network said through a spokeswoman. Ava DuVernay, the Golden Globe-nominated director of Selma is an honorary member of the Alpha Kappa Alpha sorority, and has asked that ads for the film be pulled from the broadcast.

The petition calling on VH1 to cancel Sorority Sisters has garnered more than 67,000 signatures. Meanwhile, the show’s second episode is scheduled to air Monday. Will you be watching? Speak your piece in the comments below.