Carve Your Own Path: 5 Professionals With Unconventional Careers 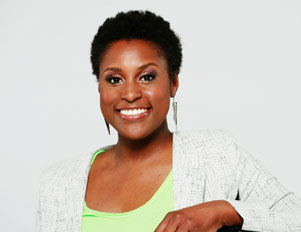 Explore the world of wine and indulge. Spin a few tunes for notable brands and celebrities, such as Neiman Marcus and Oprah. Create interactive storybooks and apps for kids—and get paid for it? Yes, it’s all possible. And the professionals below prove there’s a growing number of people carving their own paths to success.

But take note: there’s an insane hustle that goes along with finding success. Over time, Black Enterprise.com has interviewed a new breed of professionals navigating non-traditional career paths.

Check out a few stories below:

[RELATED: 4 Common Mistakes Career Switchers Make and How to Avoid Them]

Sommelier Kim Wood at Center of Vintage Vegas Experience: “Kim Wood knows his wine. It’s why he confidently approaches tables at the venerable Jean-Georges Steakhouse in the ARIA Resort & Casino in Las Vegas, ready to offer bold pairings and new experiences, the first of which is, for most, a young, black man telling them all he can about the richness, intricacy, and decadence of the wine and cuisine they’re about to experience.”(Read more about Sommelier Kim Wood’s career and his tips on drinking wine at Thanksgiving.)

Storybook app developer: As the founder of Higher Mind Apps, Ameka Ali’s journey to entrepreneurship can be summed up in one sentence: If something doesn’t exist, you must create it. Higher Mind Apps develops animated picture book apps, such as the Ameka Love brand for children age 3-10. Each interactive picture book app takes children on a journey covering traditional subjects like science, and unconventional topics like yoga. ‘Every little girl is the inspiration behind each Ameka Love story,’ said Ali. (Read more about Ali’s career journey.)

Celebrity DJ Princess Cut: Â DJ Princess Cut is based in Atlanta, Georgia, and is the sole female member of the DJ coalitionÂ Hoodrich, as well as a mixer for Hot 107.9. Princess Cut was asked to join Oprah Winfrey’s ‘Life You Want Tour’ last year, in addition to being requested to spin at several NYC-based O Magazine events. She was also requested to be the DJ at Gayle King’s 60th birthday party last December at Chelsea Piers in New York. Princess Cut has been the official DJ for Neiman Marcus in Atlanta for almost a decade and continues to spin at venues throughout the city, as well as the world. She has toured internationally with the Outlawz, Goodie Mob, and The Dream. (Read more about howÂ Princess CutÂ got her start, what challenges she faces, and advice to make it as a female DJ in a predominantly male industry.)

TV writers of the hit-show Empire,Â JaNeika and JaSheika James: “Working as a staff writer for a hit network show is a dream come true for many writers looking to have a career behind the television screen. For twin sisters JaNeika and JaSheika James, the opportunity of a lifetime to work as staff writers for Fox’s hit-show Empire came after years of experience within the industry. Having worked separately on shows like Half & Half, Desperate Housewives, Dexter, and many more, the James’ sisters made their fair share of career pitfalls and mistakes that have guided them to reach the level of success they have today.”Â (Learn more about JaNeika and JaSheika James advice for young writers looking to break into television.)

Web-series creator Issa Rae: Issa Rae’s third web series The Misadventures of Awkward Black Girl sent the blogosphere (and Web) ablaze after it debuted last January on computers and mobile devices across the globe. Shooting with no more than a shoestring budget, the producer, director, writer and star–she plays the series’ main character “Jâ€–ran into a bit of a snag after funds began to dwindle around Episode 6. Tapping into their loyal viewership, Rae along with the rest of the cast and crew spread the word about their Kickstarter campaign, which generated over $56,000 to keep Awkward Black Girl going. (Learn more about Issa Rae’s journey).