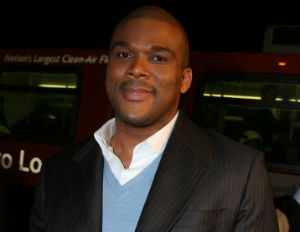 He’s become one of the most polarizing black business success stories of the century. Yet for all his haters and detractors, Tyler Perry has proven that you can turn pain into passion, and possibly turn passion into profits if you remain committed to serving your core audience.

It’s likely that Perry (born Emmitt Perry Jr.) started crafting stories and characters to escape the pain of a tumultuous childhood that included brutality at the hands of his father, Emmitt Perry Sr., who Perry has publicly said was a man who enjoyed bragging about the beatings he’d administer to his kids, and Tyler’s mother. By age 16, he’d attempted suicide, and changed his name to Tyler Perry in an effort to distance himself from his father. A DNA test later confirmed that Emmitt Sr. was not Perry’s biological father.

Billion-Dollar Lesson #1: Your history does not have to determine your destiny or your legacy.

Inspired to tap into his creative side after watching an episode of the Oprah Winfrey Show, 22-year old Perry saw an opportunity in the faith-based market to write and produce wholesome plays that would resonate with God-loving, church-going black folks. In 1991, he used his five-figure life savings to produce a play in Atlanta, where he’d recently moved. It was a colossal failure. Poorly received and critically panned.

Nearly a decade after his first play bombed, Perry found his storytelling sweet spot and struck a chord with black audiences that began to reach a fever pitch.

Billion-Dollar Lesson #2: Getting to know your audience happens at ground zero. Get in the trenches. Ask questions, solicit feedback, and listen to them.

In the early 2000s, it was difficult to walk into a beauty or barber salon in the black community without seeing a “bootlegâ€ copy of one of Perry’s plays on the DVD player. Yet instead of calling the Federal Trade Commission to complain, he leveraged this 100% free, word of mouth marketing to fill venues from coast to coast. In 2005, Forbes reported that Perry sold more than $100 million tickets.

Billion-Dollar Lesson #3: Create something that’s conversational and piracy-worthy, and not only will you get free buzz, you’ll also build a stronger, more durable, and if you’re fortunate, profitable brand.

FacebookTwitterYoutube
← How I Officially Turned My Side Business Into My Full-Time Job ← Father-Daughter Businesses: 5 Black Business Duos You Need to Know
×