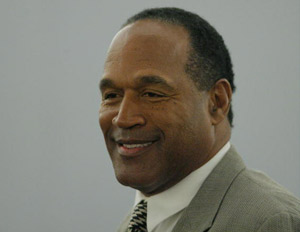 Not since OJ Simpson faced a jury on murder charges has there been a trial as notorious or a verdict as hotly contested as Casey Anthony‘s. Found not guilty of murdering her toddler daughter, Caylee, Anthony’s life has been spared. But as her July 17th release date approaches, there is intense debate around the question of whether her “brandâ€ will be as lucky.

Given that she’s been brutally condemned in the court of public opinion, that seems doubtful. If the Anthony case demonstrates anything, it’s that one’s brand and one’s life are not the same thing, just as a “not guiltyâ€ verdict isn’t synonymous with “innocent.â€ But as we become increasingly consumed with the idea of personal branding in this country (and reality TV), we seem to be confusing the two. Clearly, OJ did. As for Anthony? That’s one area in which the jury’s still out. But if she’s smart (and that’s a big if) she’ll take a lesson or two from Mr. Simpson. We all could.

Before OJ was a defendant, he was easily one of the most successful brand kings in America. At a time when most former sports heroes were living a life of obscurity in Has-been-ville, OJ managed to seamlessly transform himself into one of advertising’s most beloved (and well paid) endorsers.

Seared on the brain–along with that indelible 1994 memory of OJ racing down the highway with the police hot on his Bronco’s tail–is the image of OJ in a business suit, his big grin a mile wide, racing through the airport in Hertz rental car commercials as a star struck fan cheers, “Go, OJ, go!â€ First aired in 1975, Hertz made OJ the first African American male to star in a national ad campaign and it ran for almost 20 years. Can you remember a single Hertz campaign since?