Catching Up With the Black Tony Stark 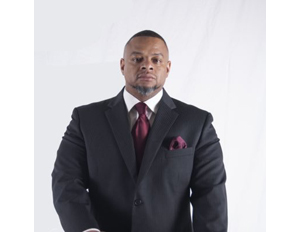 His colleagues and staff consider him the black Tony Stark–the eccentric inventor and human component of Iron Man. Like Stark, Kerry S. Harris, the founder of Angel 7 Industries, is an inventor and lives life on the edge.

Black Enteprise.com last spoke with Harris in 2012, when he was nominated for BE’s Innovator of the Year award. More than three years later, Harris’ enthusiasm for inventing and drive for innovation has only increased.

A veteran of both the United States Navy and Marine Corps, Kerry S. HarrisÂ served 18 years as an enlisted sailor, a Marine Corps officer, and a Navy pilot.

He holds many patents and has launched several businesses. His latest venture, Angel 7 Industries, is a holding company and high-tech think tank specializing in the design and manufacture of combat helmets, optical systems, and tactical equipment for soldiers and law enforcement officials.

And yet, Harris has no formal training as a scientist or an engineer. That doesn’t stop him, though. He credits his talents at inventing to his career as a pilot.

“I wanted to be a pilot since I was really young,â€ says Harris. “I used to watch the guys with the yellow wands on the [airport] fields and said, ‘One day I am going to do that.’â€

“My first solo flight–there was a guy with the yellow wand waving me in. It just hit me all at one time – tears of joy; a blessing that I had been able to get there.â€

Harris had become a fully licensed pilot. Yet, he had other aspirations.

“Innovating and creating things to help people is what I was meant to do.â€ While many of his Navy buddies have careers that involve flying, Harris felt the path he was meant to take was different.

“When I was studying aircraft I was exposed to knowledge and systems I was never exposed to,â€ he says. Harris, a former psychology major, was drawn to the intricacies of the wiring and components of aircraft.

“Then I started actually making things.â€ He started by creating modified helmets that could withstand substantial impact. He also studied how to obtain patents and electronics. He currently holds 16 patents and will have 22 by next year.

His company’s latest revenues were over $1 million. Angel 7 Industries makes safety gear – such as eyewear and helmets – suitable for the military and law enforcement. His consumer base is global – across Europe and in nine countries in addition to the United States.

His recent launch of protective eyewear was created with a very personal matter at stake. “We have the most ballistically sound eyewear in the world. My daughter serves in the Air Force so it’s a little more personal – what do I want her to have?â€