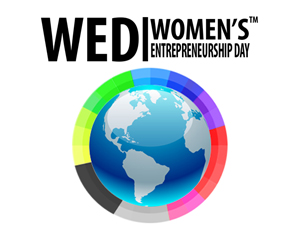 Women’s Entrepreneurship Day is the world’s largest celebration of women entrepreneurs, intrapreneurs, innovators and job creators, with the goal of empowering the 4 billion women on the planet and bringing hope to 250 million girls living in poverty, according to a statement released by the organization. “In addition to recognizing the contributions of women to the economy, WED also strives to gather a think tank of women leaders, which will ultimately create an amplified merged message to expand businesses with social good initiatives in communities locally and globally.”

AlthoughÂ the official WED event, founded by Wendy Diamond, takes place on Nov. 19 at the United Nations and will be live streamed in 153 countries worldwide, there are other events taking place around the country. Rep. LaDawn Jones (D-Ga.) and Nicole Garner Scott, founder of The Garner Circle PR Agency, will celebrate women entrepreneurs at the Georgia State Capitol. Their goal “is to not only have a permanent space in the Guinness Book of World Records but to make a mark on the hearts of other female entrepreneurs around the world who may have ever felt alone.” You can RSVP at 100 Female Entrepreneurs.com.

The WED organization sheds light on an important fact, “An educated woman is one of the single most powerful forces for change on this planet. Economists have discovered that “the girl effectâ€ is when you empower a young girl with long-term education and she gives 80%-90% of her greater earning potential back into her family, which elevates her family from poverty and changes her world.” If you’re ready to support female trailblazers worldwide, visit WED and 100 Female Entrepreneurs, to learn more about their activities and initiatives.