Celebrate Your Black Heritage In One of These 8 Cities 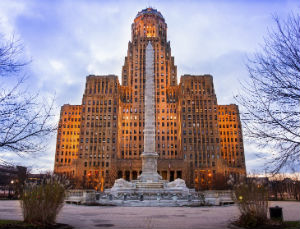 To the uninformed (and sometimes ignorant), Black History Month may be unnecessary. But, if you know anything about its origins or cultural relevance, then you know it’s about celebrating the legacy of our black ancestors and paying homage to their sacrifices and struggles.

For those that are looking to learn about their history outside of February, these destinations around the country offer African American heritage tours. These tours take a deeper dive into the history of our people, here in the states. From the north to the south, to the east and the west, you can travel to these various U.S. cities to enjoy the food, nightlife, and attractions. Yet, you also have an opportunity to leave feeling empowered, enriched, and educated. So, if you’re visiting one of these cities, it’s the perfect time to uncover the roots that are the foundation of our heritage.Â

Los Angeles is much more than the bright lights and big stars that we have come to know it for. We were recently reacquainted with the painful, but triumphant reality of L.A. in the 1980s and 1990s, with recent films, such as Dope and Straight Outta Compton, but our history goes even deeper than that. As home to one of the largest populations of African Americans and diverse cultures overall in the United States, it’s no surprise that there’s much of a story to be told.

If you’re visiting the Golden State anytime soon, make plans for L.A, and be sure to indulge yourself in one of the city’s recently crafted heritage tours. The self-guided African American Heritage Tour takes you throughout the Los Angeles area, to neighborhoods such as Compton and South Central L.A. From the California African American Museum (CAAM) to Leimert Park, you’ll discover the parts of Hollywood that “theyâ€ (as D.J. Khaled would reference) don’t want you to see. The magical part about this tour is that you not only visit historical locations that embody L.A.’s rich African American history, but it also includes destinations featured in iconic films, such as Boyz n the Hood.Â

Known for much more than its chicken wings, Buffalo, N.Y. has a storied African American cultural presence that is still vibrant today. With such a close proximity to both Canada and New York City, the city of Buffalo once hosted a now legendary stop along the Underground Railroad, at the Michigan Street Baptist Church,Â one of the oldest black Baptist churches in the United States.Â Go back in time, as you enter the Nash House; you can see 20thÂ century historical memorabilia and walk into the home of Michigan Street Baptist Church’s prolific religious leader, the Rev. J. Edward Nash. You can also find the interactive, educational excitement at the historic Colored Musicians ClubÂ Museum, whichÂ commemorates The Buffalo Colored Musicians Club. Here, big bands and up-and-coming musical icons would jam the night away, including legends like Miles Davis, Dizzy Gillespie and Duke Ellington.

When you think of Savannah and black heritage, it’s almost impossible not to recall Porsha Williams’ unforgettable mention of Savannah’s passage of the Underground Railroad actually being an underground train on The Real Housewives of Atlanta. Although this error may have helped to put Savannah on the map for the younger demographic and generations, the southern city has an enchanting history that dates back for centuries.

For those who don’t know, Africans were brought here through the Port of Savannah, during the height of the trans-Atlantic slave trade, to work the cotton and rice fields. Thus, the city is rooted on the backbones of previous generations who went as far to even create their own Geechee and Gullah cultures. In more recent generations, Savannah became known for its historic churches and its impact on the Civil Rights generation. The late Dr. Martin Luther King, Jr. initially gave his “I Have a Dream” sermon at the historic Second African Baptist Church, before it was nationally popularized following his delivery at the March on Washington in 1963.

Each year, during Black History Month, Savannah hosts its annualÂ Black Heritage Festival, which shines aÂ light on black culture, food, music, and art throughout the entire month. To learn about Savannah’s black culture and slave heritage, you can take a tour all year long with Johnnie Brown’s Freedom TrailÂ tours, or click here for more information.

As the home to Kanye West and Barack Obama, it’s no doubt that Chicago is special. The current state of Chicago, however, is a huge indicator of decades past. And while “Chi-raqâ€ may be its present cultural reference, Chicago is deeply rooted in a rich African American history that dates back to the early 20th century.Â In a time when former slaves were making a mass exodus from the southern U.S. to a place of solace and freedom, Chicago was high on the list, rivaling New York City, Philadelphia, and Washington, D.C. Many refer to Chicago as a cultural extension of the Harlem Renaissance, as the town had it all, from food, to music, to style, and the arts.

To better understand the history of Chi-town, take yourself on a self-guided tour to see where it all started. From the Great Migration’s impact on Chicago to the current happenings on the Southside, there’s plenty left to be unraveled.

Each year, Miami celebrates its diverse culture in December, during Miami Heritage Month, but visitors to Miami can celebrate African American heritage year-round. The city offers self-guided tours, which gives locals and tourists a chance to experience the rich cultural history of Miami and its multicultural neighborhoods.

As a melting pot of cultures, many of which deriving from the African diaspora, Miami is the perfect place to experience food, nightlife, and attractions that surpass the typical Miami experience. Next time you head down to Miami, skip South Beach and enjoy the beauty of Little Havana, the historic Overton neighborhood, the art in Wynwood, and the food in Little Haiti. You’ll be sure to experience Miami through a cultural lens that you’ve never seen before.

We first got a taste of Baltimore’s nit and grit on The Wire, forever placing this town on the map. But beyond the streets, Baltimore has a strong cultural history for African Americans, as it was a gateway city between northern and southern states. Essentially, a visit here presents the best of both worlds.

Catering to tourists and locals craving to know more about Baltimore’s history, the city offers a reference for self-guided and heritage tours. If you’re looking to learn about the slave and labor trade of Africans that came into Baltimore’s marina, then the Fell’s Point African American History Tour is for you. If you’re looking to get a taste of Baltimore on your own, the first stop should be the National Great Blacks in Wax Museum, which has a little bit of something for everyone looking to mix pop culture, black history, and cultural icons. Additionally, you can visit the Harriet Tubman Underground Railroad Byway, to learn more about Baltimore’s routes on the Underground Railroad.

Simply put, America’s history starts in The City of Brotherly Love, so it’s only right to discover the involvement that African Americans had in building the backbone of this town.

Other sites of reference include stops along the Underground Railroad, the Belmont Mansion,Â  and the African American Museum of Philadelphia.

Yes, we may all love and appreciate Hilton Head Island, S.C. for its beautiful beaches, which make it the ideal summertime destination, but there is far more to this island than that. For those looking to learn and understand the history of southern, Gullah culture, this should be the first stop on your journey to discovery. The original Gullah came to the Hilton Head area from West Africa as slaves in the early 17th century. Over time, they developed their own distinctive culture that we now know as “Gullah.â€

It’s amazing what slaves were able to create in times of despair, and this is a true embodiment of the strength and beauty that our ancestors faced during those times. The Gullah history is one that is very special and deserves recognition. It has been preserved throughout the years for tourists and locals looking to get to know its magic; from museums, to churches, and heritage sites. A local heritage tour will fill you with all the knowledge you need. For those looking for an extra special treat, every February is the annual Hilton Head Island Gullah Celebration and Taste of GullahÂ Festival, which celebrates the history of the Gullah through food, exhibits, and music.