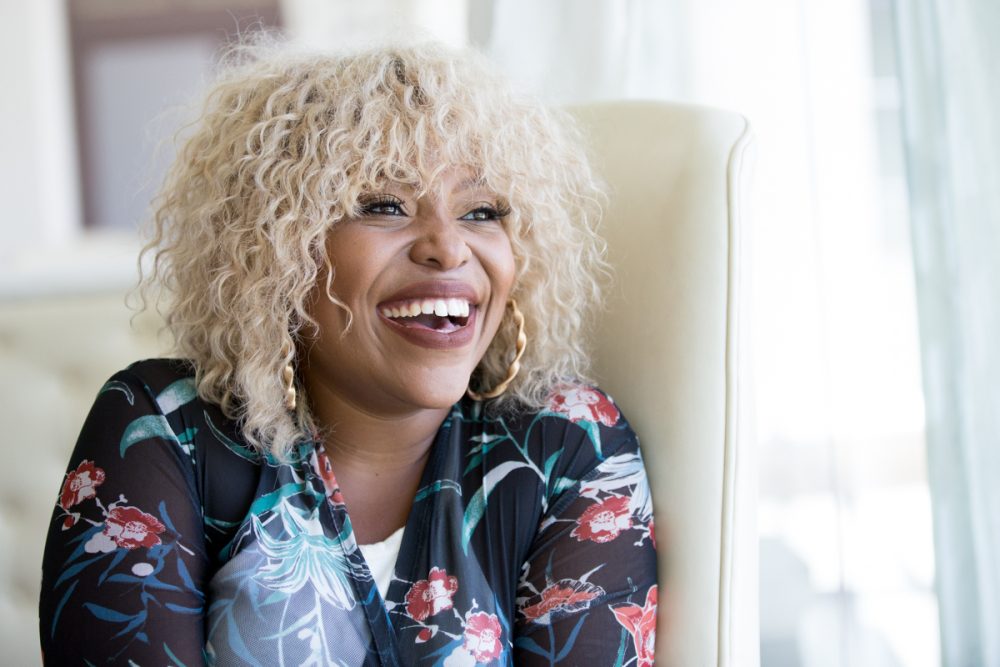 For nearly 50 years, BLACK ENTERPRISE has highlighted the beauty and excellence of black women. And a large part of that is through representation. From ideation to the stories that are told to the images that we use even down to the makeup artists and stylists that we employ.

One of those women is entrepreneur and makeup artist Dre Brown. Brown is a self-taught artist with over a decade of experience whose clientele includes Olympic Gold Medalist Gabby Douglas, K. Michelle, Tyson Beckford, Zoe Bell, Sufe Bradshaw, Jason Derulo, Tinashe, Tatyana Ali, Kevin Durant, MC Lyte, Marcus Scribner, Jidenna, and more. In fact, she was the makeup artist for #MeToo founder Tarana Burke when she appeared on the cover of the January/February 2018 BLACK ENTERPRISE Issue, 25 Black Women Who Are Changing The World.

In addition to her artistry, Brown, a self-esteem educator, has secured a partnership with Dove. Earlier this year, Dove released Project #ShowUs, a campaign created with the goal of shattering unrealistic beauty stereotypes for women. As a part of the project, the company partnered with women around the world to create a photo bank of 5,000 images shot by female photographers and non-binary individuals in partnership with Getty Images.

As someone who is passionate about helping women look and feel their best, Brown shared how women can tap into their power, boost their self-esteem, and the importance of self-definition in a sit-down interview with BLACK ENTERPRISE.

What does your work look like when you sit down with women to help them identify the best-self within them?

What I love about working with Dove and what I love about our mission is that we create tools, and we put tools in the hands of very capable, able-bodied women, and we tell them your power is you’ve always had it. So what we do, if anything, is we help women to critically think about how they see themselves. The mission is to make beauty a source of confidence, not anxiety.

Now more than ever, black women can see themselves represented in mainstream media and in advertisements although that has not always been the norm. Given that black women aren’t a monolith, how can those who don’t see themselves remain encouraged and not have their esteem shattered by the media?

My hope is always that women will always lean on their power to choose what they believe about themselves. The one thing I always remind anyone that I’m working with, [whether] young girls [or] women, is that every belief that you have is a choice. In the industry that we work in, it’s our responsibility to make those choices as abundant as possible. But the power always lies in the consumers’ hands.

How can people practice feeling confident in showing up as their authentic-self in spaces that may not seem as inviting?

Being aesthetically affirmed is a huge part of being, you know, a female identity in this society we live in and it’s a visual culture. I think what women—no matter what you look like or what you represent—can do when they walk into spaces and know that they belong there, is to know that regardless of how you present yourself, you have something to offer, and to not get wrapped up in the aesthetics, when your gifts are not necessarily as tangible. So offer your gifts 100%, be 100% confident in your uniqueness, and understand that you don’t have to see yourself in every room that you belong in to know that you belong there. You alone are enough.

Learn more about how you can power up with other women at the 2020 Women of Power Summit.