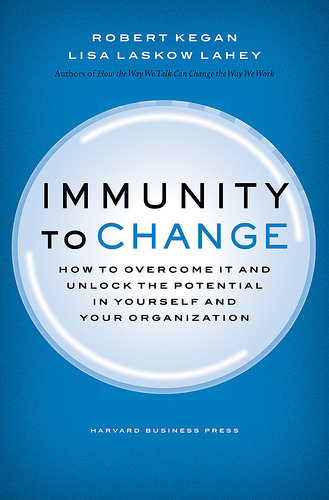 Large-scale corporate change is never easy. And it can be further challenged by individuals who are willing to change but are conflicted, says Lisa Laskow Lahey, a Harvard instructor and CEO of consulting firm Minds at Work (www.mindsatwork.com). In their latest book, Immunity to Change: How to Overcome It and Unlock the Potential in Yourself and Your Organization (Harvard Business Press Books; $29.95) Laskow Lahey and Harvard professor Robert Kegan explain how an individual’s inner contradictions can inoculate one against change.

“Resistance to change does not always reflect opposition or inertia,â€ Laskow Lahey states. Professionals can actually want and work toward change yet never accomplish it, because of a complex and powerful system of subconscious conflicting beliefs and goals called “hidden competing commitments.â€

How do these commitments prevent change?
Hidden competing commitments obstruct change and maintain the status quo. For example, a leader might want to be more collaborative, but the competing commitments to “always be rightâ€ and “not look like I don’t know what I’m doingâ€ can thwart that desire. He or she might return to default behaviors such as not listening to team members and telling them what to do.

How can employees uncover these commitments?
Each team member should state a self-improvement goal he or she is committed to then do an honest self-inventory of the behaviors that are blocking accomplishment of the goal. Then they should imagine doing the opposite of those behaviors and consider the fears that arise, such as worries about how they might be perceived by others.

What can employees do to overcome competing commitments?
First, team members should identify the underlying belief on which the competing commitment is based by asking themselves: “What do we believe will happen if we make the change?â€ For instance, an employee may believe she will be perceived as worthless and dispensable if she delegates more tasks. Next, have the team test or try the change and observe what does and does not happen. Pay special attention to experiences that cast doubt on the validity of the underlying belief. Third, revisit the initial rationale for creating the belief and ascertain its current relevance. Finally, encourage the team to reform its outdated belief.