Charges to be Dropped Against Student Attacked by Norfolk Police Dogs 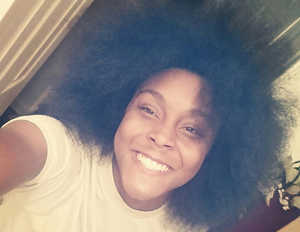 On Jan. 25, 21-year-old Norfolk State University student London Colvin was brutally attacked and bitten by a police officer’s dogs. Reportedly, the officer had allowed the canines to assault her after she refused to answer questions about a fight that took place off-campus, which Colvin was not a part of.

According to HBCUbuzz.com, eyewitnesses saw the officer actually sit on Colvin while the dogs violently attacked and gnawed at her body. After the incident, Colvin was rushed to the hospital, where she received 40 stitches, and she is expected to require additional plastic surgery. She was charged with Disorderly Conduct and Resisting Arrest on the scene, and later hired local attorney Jon Babineau, who considered a lawsuit. On Monday Feb, 2, city officials collaborated and decided to dismiss the charges against Colvin.

Richard James, chairman of the NAACP Legal Redress Committee for the Norfolk branch stated, “It’s been a long process. We have a lot of faith in Chief Goldsmith that he is going to do the right thing, which I believe he has done so far. There’s still a lot of work to be done.” James also said that the court date is set to March 30 but city officials are trying to move the day up to get the charges dropped.

City Attorney Bernard Pishko also agreed to pay Colvin’s medical bills that were not covered by insurance. According to reports, she remains in a great amount of pain still and is using crutches to walk.