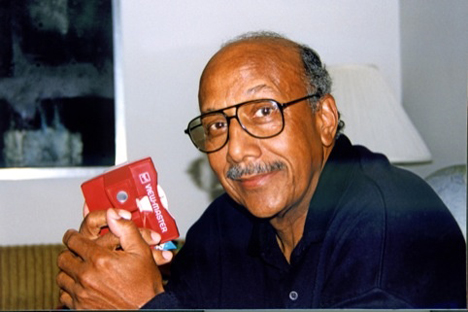 Charles Chuck Harrison, industrial designer, is well-known for his plastic garbage can creation and a remodel of the View-Master toy.

That plastic garbage can you use to take out the trash, the sewing machine your grandmother cherished, the portable hair dryer, and the iconic orange View-Master, a precursor toy to virtual reality that allowed kids to see images in 3-D, were all designed by Charles “Chuck” Harrison, a black industrial designer and Louisiana native, who passed away at the age of 87 on Dec. 2, 2018.

Harrison, a dyslexic kid from the segregated South who went on to study at the School of the Art Institute of Chicago and the Illinois Institute of Technology, quickly earned himself the reputation of a prolific designer and innovator—but although many Americans have used his products, many don’t know his name.

He designed the first plastic trash can, which at the time, was a welcome alternative to the metal cans which made for noisy garbage pickup. And while working for Robert Podall Associates, he updated the design of the then-popular View-Master toy and is responsible for creating the toy’s iconic sleek design and orange color, recognizable to anyone today.

In 1961, he became the first black executive at Sears Roebuck and Co. Sears hired him to join the product design and testing laboratory after his application to work for the company was denied a few years prior, all on the sole purpose of his race. From there, the rest is black history.

Over the next 33 years as an industrial designer with Sears, Harrison designed myriad household products like power tools, sewing machines, steam irons, the see-through measuring cup, televisions, toys, baby cribs, radios, and kitchen appliances, including the electric mixer. And in 1966, he redesigned and modernized the metal trash can into the ubiquitous plastic cans that we still use to this day.

Chances are, any object that you can find in every room of your home was designed/redesigned by Harrison, all with an aim to improve, simplify, and enrich Americans’ day-to-day life. His designs were both aesthetically pleasing and functional.

In 2005, he released a memoir, sharing his story, successes, and personal insights titled A Life’s Design: The Life And Work of Industrial Designer Charles Harrison. In it, he noted that the plastic garbage can is his most popular and most widely-used creation across the world and that he designed them with a sleek look and a space-saving function which enabled them to nest inside each other for easy shipping and storage.

He retired from Sears in 1993 after working on more than 700 products while at the company. Throughout the 2000s, he taught product design in Chicago at the School of the Art Institute of Chicago, the University of Illinois at Chicago, and Columbia College Chicago.

In 2008, Harrison became the first African American designer awarded the Lifetime Achievement National Design Award by Cooper Hewitt, Smithsonian Design Museum, a recognition that cemented him as a respected icon of industrial design and an unsung hero of household products. 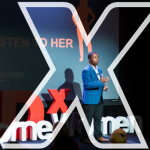 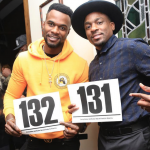