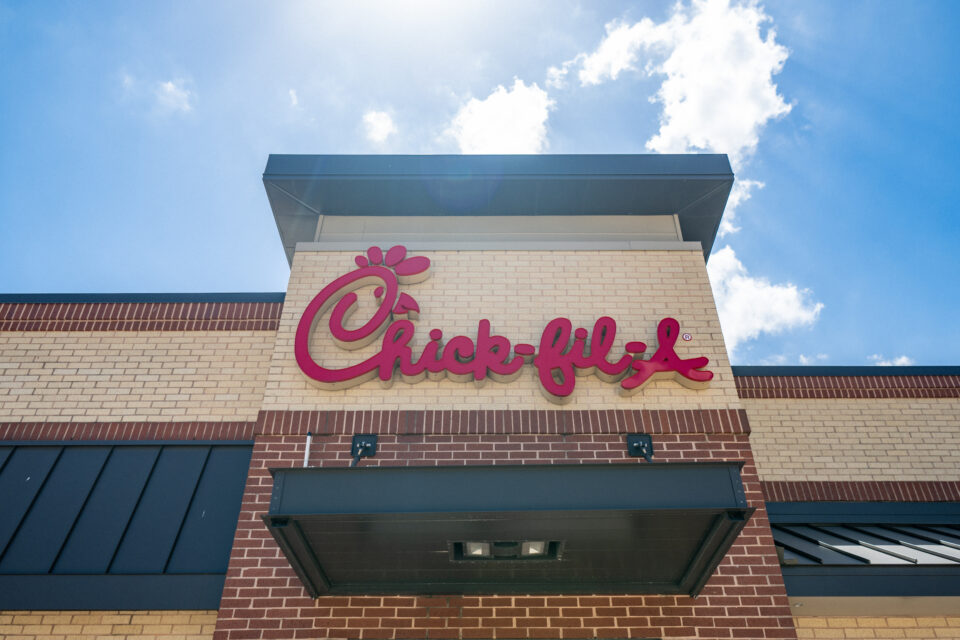 HOUSTON, TEXAS - JULY 05: A Chick-fil-A restaurant is seen on July 05, 2022 in Houston, Texas. According to an annual survey produced by the American Customer Satisfaction Index (ACSI), Chick-fil-A has maintained its position as America's favorite restaurant for the eighth straight year in a row. (Photo by Brandon Bell/Getty Images)

Chick-fil-A landed themselves in hot water on Friday, after replying to a customer asking for spicy chicken nuggets.

The popular fast-food chain sparked backlash on Twitter after their response apparently referred to the Black community in a way that many thought targeted the Black race.

To which Chick-fil-A’s official Twitter replied: “Your community will be the first to know if spicy items are added to the permanent menu, Don!”

Your community will be the first to know if spicy items are added to the permanent menu, Don!

Many were taken aback by the response, accusing the chain of calling out the original poster’s race, who was Black. The term “your community” had many questioning whether it was a subtle racist remark, and asked for clarification.

On the other hand, other Twitter users dug up past tweets from the fast food restaurant, claiming they frequently use the words “your community” in response to inquiries.

“All jokes aside, they reply like this frequently,” explained the Twitter user who vouched for the company.

All jokes aside, they reply like this frequently. pic.twitter.com/RWmEyGDpud

The reply quickly went viral, as users debated whether the person behind Chick-fil-A’s account did in fact intend to be derogatory.

“explain yourself – QUICKLY,” wrote another user.

“oh we going to popeyes tonight,” joked a third commenter.

Another user came to Chick-fil-A’s rescue: “Community as in area. See their previous tweets from at least a week ago,” they posted, with a screen recording of other instances where the company used the term “community.”

Community as in area. See their previous tweets from at least a week ago pic.twitter.com/BqttnkvG1O

According to the Today Show, Chick-fil-A responded to the backlash and offered an explanation: “The response was a poor choice of words but was not intended in any way to be insensitive or disrespectful,” said a spokesperson. “We often use the term ‘community’ in a broader sense to talk about places where we operate restaurants and serve the surrounding community.”