Chris Montana Is The Owner Of The Nation's First Black Distillery 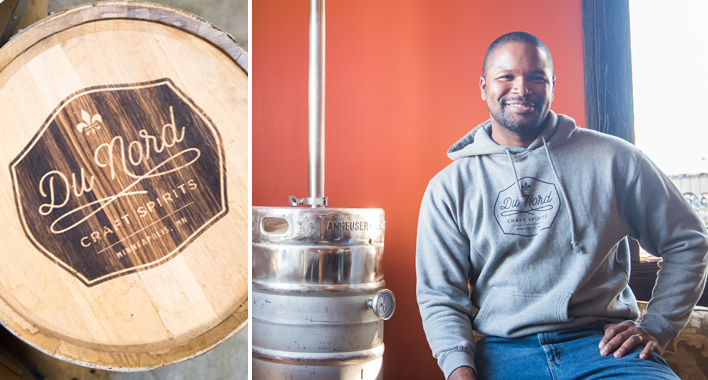 Chris Montana founded Du Nord Social Spirits, the first Black-owned distillery in the U.S., in his hometown of Minneapolis, and he chose a meaningful location for the distillery.

“I used to walk past this space on my way to high school,” Montana said on TODAY. “As a kid, I didn’t have any concept of being a business owner. It’s like, what am I going to do that’s going to make enough money for me to support myself and just survive.”

As a teen, Montana’s mom struggled to make ends meet, and eventually, he was couch-surfing with friends and sleeping in basements until a friend’s parents allowed him to finish school under their roof. After finishing high school, Montana tried to pursue a career in law and politics, but brewing beer kept his attention, and soon he was attending his first distiller’s conference. The young man quickly noticed a difference between him and the other attendees.

That didn’t stop Montana from learning everything about brewing beer as he became an avid homebrewer. But in beer, he saw a market that was being oversaturated.

“I’ve been homebrewing for a long time,” Montana told ReserveBar. “Not like anything all that serious, but serious to me; you know, I was a fastidious homebrewer. But it just didn’t seem right for beer. At the time, it seemed like there was a brewery opening every other day; there were too many of them.”

Montana added a friend suggested he open a microdistillery, and to his surprise, his wife, Shanelle, supported the idea. The two began working on the distillery together; Montana on the technical side and Shanelle on the marketing side.

Black-owned distilleries were once rare, but many have popped up all over the country in recent years, increasing diversity and social responsibility in the industry.

The couple opened Du Nord Social Spirits in 2013, and the distillery makes vodka, gin, whiskey, and an apple and coffee liqueur. The distillery’s website also includes drink recipes and more information on the distillery and the Montanas.

Du Nord’s staff has grown in its nine years, and Montana estimates about half the staff are people of color, something Montana pushed for.

“We make sure that women and people of color know that they are wanted, not just tolerated,” he said. “And then we build those good people.”

In February, the distillery announced it would be building a new headquarters in North Minneapolis.