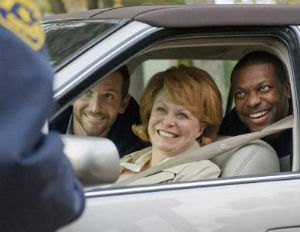 Chris Tucker is heading back to the big screen and interestingly enough, it’s not another Rush Hour movie.

Tucker has a supporting role in the Oscar-buzzing film Silver Linings Playbook. It’s been five years since Tucker has been in a film, but he hit the ground running with this role if the critics are to be believed. Â The Wall Street Journal and the LA Times both gave Tucker nothing but praise.

Check out theGrio for more on what Tucker has been up to and his thoughts on doing a fourth installment of Rush Hour.