Christopher Hicks: A Hit Maker One Genre at a Time 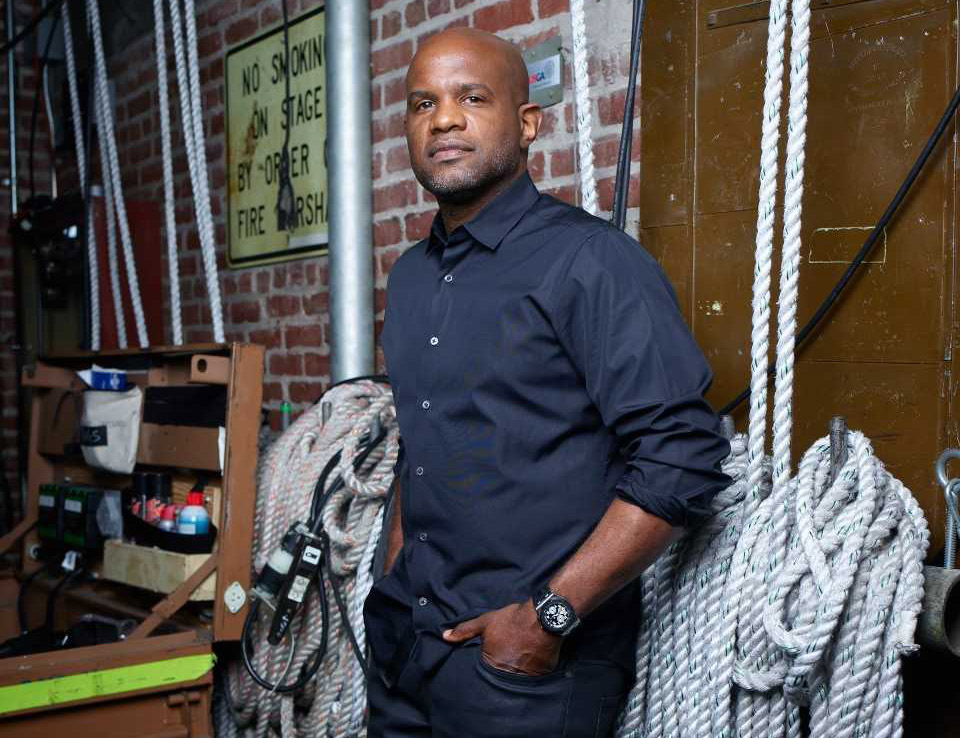 His biography reads like a who’s who list in Hollywood: Mary J. Blige, Usher, Justin Bieber, Jennifer Lopez, the collection of entertainment’s leading talent is fascinating. Christopher Hicks is a producer, consultant, entrepreneur, and executive in music and visual content space. Hicks has reached a high level of success over the years by putting in the hard work as a music industry exec holding positions as senior vice president and head of urban music under the Warner Music Group and building his own company, Noontime Publishing, which boasts a catalog of over 30 Billboard No.1 records and over 650 active songs.

A Connection Nurtures A Recent Opportunity

Hicks, a Bay Area native, got his start in the music industry in the early 90s while attending Howard University when he and a friend were asked to help promote a campus show featuring up-and-coming talent like Blige and Wrecks ‘N Effects.

The person who asked him to promote the campus show? Former Atlanta Mayor Kasim Reed. He also tapped Hicks in 2016 to develop the city’s first Creative Industries Loan Fund.

“I am an activator and true entrepreneur in the content space,” Hicks said. “The Creative Industries Loan Fund is active money that we plan to award to viable creative projects and once funding gains momentum it will likely have a positive domino effect. We will be leveraging many partnerships in the region with entities that view the City’s Film and Entertainment office as a resource and look to them to give back to help move the mission of the fund forward.”

The Creative Industries Loan Fund is a joint project between the Mayor’s Office of Film and Entertainment and the City’s Economic Development Authority, Invest Atlanta, and, according to Hicks, it is expected to offer loan amounts ranging from $5K-$50K. There will be an advisory panel featuring Atlanta’s elite representing film, television, finance, legal, and music to help vet applications. The fund was announced in late 2017 prior to the end of Reed’s term as Mayor. “I’ve known Mayor Reed for 30 years now so it was important for us to announce the fund at that time because Mayor Reed was so instrumental in making it happen,” added Hicks.

Hicks describes his career path as opportunistic, so it should come as no surprise that he’s constantly interested in innovative ventures. One is short-form storytelling, otherwise known as the web series. His most recent venture, Brooklyn. Blue. Sky, a web series he brokered a licensing deal for with BET, came across his desk because of his interest in producing his own web series.

In an effort to move his web series idea forward, he reached out to Rhavynn Drummer, a casting agent who had worked with Tyler Perry Studios, for some advice. Hicks, a master at nurturing and maintaining relationships, kept in contact with Drummer following discussion about his project. By chance, Drummer posted information on Instagram about a project she was working on that caught Hicks’ eye and he let her know that he felt she was keeping something from him, “I messaged her and said ‘hey — hey what are you doing?’ ” Drummer apologized to Hicks and explained that she was going to tell him about it. Later that day she sent him four, eight-minute episodes of Brooklyn. Blue. Sky.

Many web series are produced with the intent to stream via YouTube, Watchable, Crackle, or similar platforms. Hicks didn’t want to leave this one to fate. He was quick to react to what he viewed, “Not only do I think this is phenomenal I want to come in as a producer and help you finalize it, finish it, whatever needs to happen, but I think this is so well executed it could be monetized.“ Hicks came in as an executive producer for Brooklyn.Blue.Sky, an 8-episode web series about two distant exes, Skylar and Blue, who reluctantly come together to create a script for a ‘Netflix and Chill’ TV pilot competition, and put together a small team to shop the web series to Los Angeles- and New York City-based media companies.

“If I can visualize something in my mind—it’s a wrap. It may be a distant yes from time to time, but it will never be no,” said Hicks.

Advice for Storytellers and Creators

Hicks believes that anyone trying to visually story should look to mobile to tell stories which he says is the new television. “We get so trained—specifically US—in waiting to get permission to do something when all we need to do is give ourselves some permission.” To give any project a fighting chance, Hicks offers the following:

Make an Impact: Make people emotional about what you are doing whether that be they laugh, cry, or empathize with your story.

Focus on the Craft – If you do things as they are expected to be done the money will find you. In other words, don’t cut corners unnecessarily, those who are experts in the field will notice such transgressions.

Make It “Hater Proof” – Due diligence is important for creating demand. “When you do all of your homework you mitigate the downside, people will eventually see this and want a seat at the table. When you make your product hater proof—it’s amazing how things work,” shared Hicks. If you are in need of financing from investors, know that you WILL be expected to prove that your project deserves access capital so hold yourself to the highest standard as possible.

“I would like to see black people work on execution because when we see things through to the finish line amazing things happen to everyone around us. We inspire. I run into so many people who know my name and my body of work and not my face, but they tell me how much I have influenced them. You just never know what impact you might have on others.”

Shakira M. Brown is a 13 time award-winning PR & Branding expert and Founder & CEO of SMB Strategic Media LLC (www.pradviser.net ), a firm that helps small business owners get to the heart of why the customers/clients buy their goods and service helping them clarify their message via strategic brand messaging. The company helps businesses convey their competitive advantage with custom PR and content development services to help them stand out in their market. Shakira is also the founder creator of The Functional EntrepreneurTM principles and marketing consulting for America’s Small Business Development Center at The College of New Jersey. Shakira has over 25 years of experience in public relations, television production, branding, sales/marketing, content development and website strategy. She has won over 13 industry awards in various disciplines for her work and is a frequent business speaker at professional conference (www.shakirabrown.com). Known as "The Small Biz Whisperer, she is the host of Moment Masters Show Small Business Podcast (www.momentmasters.com) available on iTunes and Google Play, among others and she is also a contributing writer for Black Enterprise.com