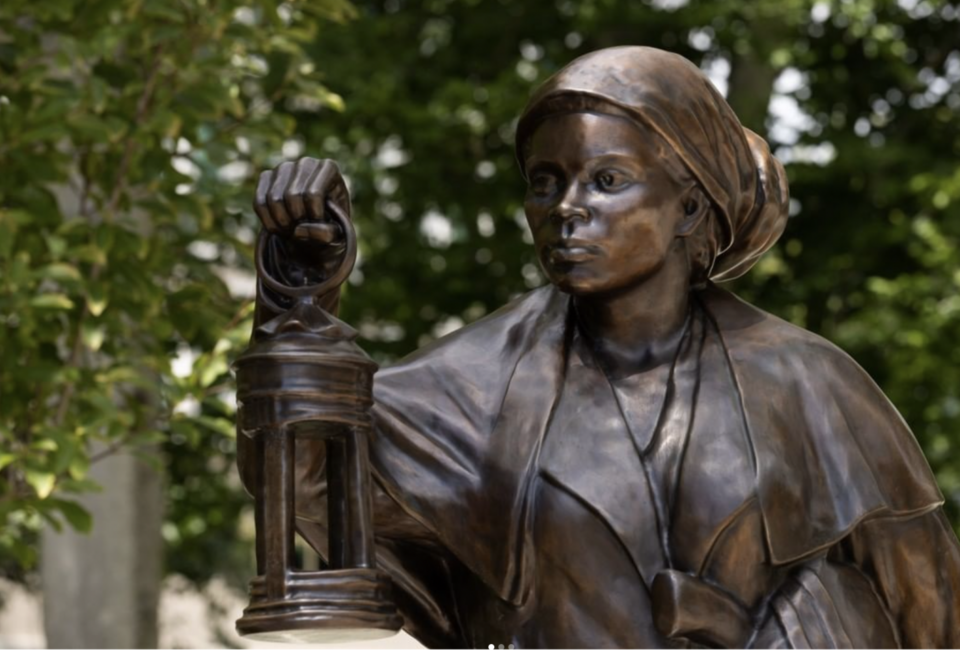 And now, a Black woman sits at the gates of a U.S. government agency.

The Central Intelligence Agency (CIA) has installed a statue of abolitionist and social activist Harriet Tubman at the entrance of its headquarters in Langley, McLean, Virginia.

According to NBC News, the bronze statue shows Tubman holding a lantern and armed with a pistol in her belt. The three other sculptures on the property are white men.

CIA officers who studied Tubman in a leadership class posed the idea to install the statue after learning about her time as a Union Army spy during the Civil War.

Tubman is historically recognized for rescuing enslaved people through her network known as the Underground Railroad.

“What she did was an example of intelligence work, going behind enemy lines, using safe houses and signals intelligence to get people to freedom,” said Robert Beyer, director of the CIA’s museum.

The gesture is an effort to promote diversity among the CIA’s workforce, one of the goals the agency has been committed to over the past two years.

Tubman’s statue was unveiled in September during a ceremony held by the agency as a part of a series of events to celebrating its 75th anniversary. Tubman’s great-great-great grandniece, Tina Wyatt, was in attendance along with her husband, Donald Wyatt.

“As Tubman’s great-great-great grandniece, you have been an outstanding keeper of your family’s history…we are not honoring Tubman simply because of the ops she ran or the intel she collected,” CIA Director William J. Burns said, according to a post on the agency’s Instagram account. “We’re honoring her for the example she set. It’s an example of courage. Of conviction. Of service, and sacrifice, and selflessness. Of all the things we hope to live up to every day at CIA.”

In addition to the sculpture, a newly refurbished museum has opened for agency employees to experience.

“For all of us, this statue will not only remind us of Tubman’s story. It will inspire us to live by her values,” Burns said in a statement to NBC News.