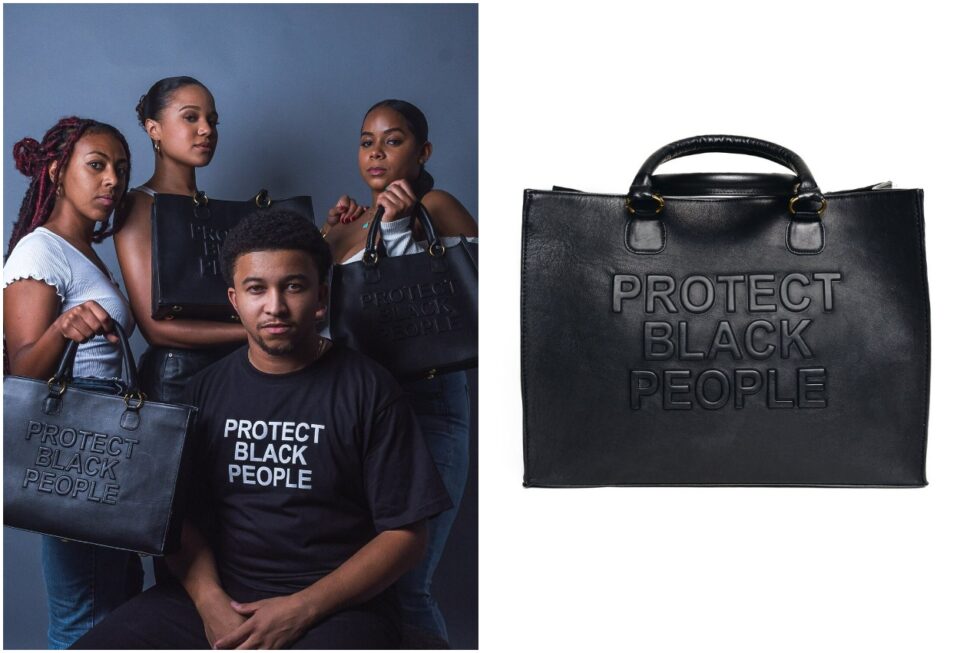 CISE founder and CEO Blake Van Putten is the mastermind behind building a stronger community thread by thread through his apparel company.

Lined with three simple words — “Protect Black People,” CISE purses have become more than just a fashion statement in society, but a meaningful message in response to the murder of George Floyd.

The fashion designer initially created the first batch of “Protect Black People” T-shirts, as a one-man operation, from his Los Angeles home.

“I didn’t think anything of it [at first],” Van Putten told TIME magazine as part of a TIME100 Talks video. “I just wanted to ultimately sell out and raise money for an organization that was giving back to the community. But it started to spread like wildfire.”

The fashion designer managed to sell out quickly using a heat press machine. During this time, he was especially thankful for his mother’s support. As a result of his persistence, Van Putten was able to raise $500 for the Anti-Racism Fund—an organization that provides capital to organizations to inject social change.

Various clothing items and accessories were incorporated, such as the most recognized leather handbags featuring the words ‘Protect Black People’ and ‘Protect Black Women.’ With the brand’s slogan, “stronger threads for stronger community,” Van Putten prioritized supporting other organizations.

Soon after that, they were also able to donate to Women Exceeding, which empowers women through mentorship and networking, access to invaluable programs, partnerships, and opportunities to engage across multiple platforms and events.

From tote bags to suede and leather purses, the choices provided are for the brave and the bold. According to the company’s website: “Proceeds raised from this initiative will be used to help construct an organization that will help build the Black dollar. “