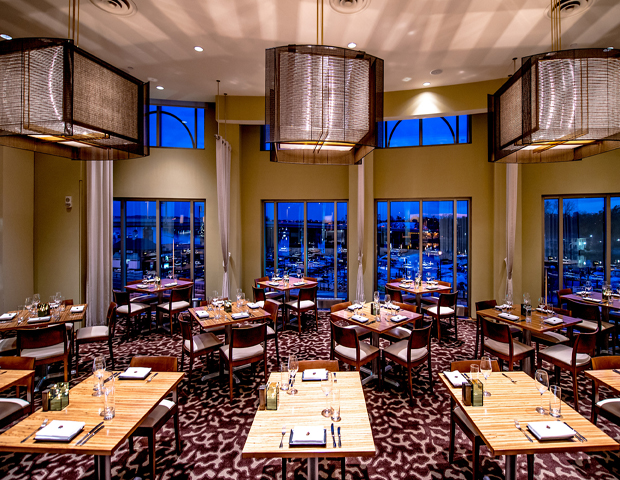 Washington D.C. may be most notably known for its monuments, museums and political attractions, but it’s growing as a culinary destination for food enthusiasts. As a midway point between New England and the Mason Dixon line, Washington D.C. is sure to be a cultural fusion of some of the countries best restaurants. Soul food, seafood, Asian – Â you name it, and Washington D.C. has got it. The vibrant, bustling political city sees millions of visitors each year, and it’s no wonder there is no shortage of fine dining, and ethnic food options right in the heart of the District. In terms of dining, D.C. has historically been known for the famous Ben’s Chilli Bowl (dined by Bill Cosby and President Barack Obama), so it’s now shocking that it is not only nation’s capital, but also a growing culinary capital.

Going to be in DC for a conference, or during the holidays? We’ve got some of the city’s top picks for restaurants to keep on your radar to enhance your experience.

What I’ve always loved about the STK brand is that it’s always been flawless in blending two concepts into one–the modern steakhouse and a chic lounge– just what Washington D.C. thrives on.

A personal favorite, and also considered one of the best seafood restaurants in D.C., Acadiana is a Southern Louisiana inspired restaurant. From the menu to the authentic chandeliers and artwork, Acadiana is a D.C. gem, and a must visit destination if you are ever in the district. Who doesn’t love southern soul? From the Red snapper to the gumbo, to the mouth-watering biscuits and marmalade Acadiana is also conveniently located right near the DC Convention Center.

For Asian inspired fine dining dishes, Muze is the go-to restaurant in the District. With dishes such as Â confit lamb shoulder with soy roasted sunchoke, black bean veal cheeks and more, the restaurant is sure to fill your culinary taste buds. Under the direction of chefs Didier Pouzier and Mark McDonnell, they have crafted a fantastic menu with a plethora of infused dishes such as: Â grilled Alaskan salmon with cauliflower, kale, roe and dill juice and duck breast with pumpkin pearl barley, huckleberries and a juniper jus. The bonus? If you sit at the far side of the dining room near the windows, you get an amazing view of the Potomac.

“Next Door” is a nod to the adjacent Ben’s Chili Bowl which has years of experience serving local residents, tourists, and late night club goers. Ben’s Next Door has that same warm family feel with a upscale decor, and more sophisticated options. Located in the heart of U Street Ben’s Next Door gets absolutely packed on the weekends, so anticipate a wait when you go. The restaurant starts with brunch (including shrimp and grits and waffles and fried chicken) and ends with late night snacks (that includes mac and cheese and classic Ben’s fare, like chili cheese fries) and drinks.

Opened just weeks ago, Willie’s Brew and Que is the brainchild of Chef Rock Harper, a Hell’s Kitchen alumnus who is famously known for his culinary work behind B. Smith’s, Ben’s Next Door and D.C. Central Kitchen. The new will be a sports bar themed bar-b-que restaurant in the renovated historic Boilermaker Building. With such an impressive resume under his belt, this is sure to be a serious foodie destination sooner rather than later.