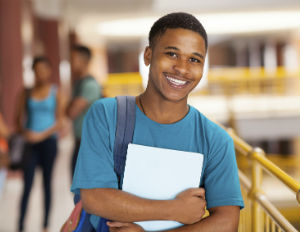 With this commitment in mind, NBJC launched its HBCU LGBTQ-Equality Initiative in 2010 to improve the overall capacity for HBCUs to provide their students and community–especially the black LGBTQ populace–with a 21st century education in securing a welcoming and affirming environment.Â The following year, nine HBCUs held a summit at Spelman College to address issues facing LGBTQ students. The goal was to break the silence on a subject considered taboo at most black college campuses.

Bringing About Institutional Change at HBCUs

NBJC recently appointed a full-time program manager for its HBCU Initiative to lead outreach efforts. Trinice J. McNally, a Bethune-Cookman University alumna, assumed the new role, bringing her experience as a former student affairs professional advancing LGBTQ/SGL equality through institutional change. She served as coordinator of the LGBTA Resource Center at North Carolina Central University in Durham, North Carolina, which is the second of three HBCU’s in the nation to have an LGBTA resource center and the first in the state.

“Central to NBJC’s mission is to educate and expand the knowledge of African American communities about the issues impacting the lives of black LGBT people, in order to accord dignity and respect to all black people and families,â€ says Lettman-Hicks. “Trinice is fully equipped to strategically lead our efforts to empower HBCUs to serve their LGBTQ/SGL population.â€

Lettman-Hicks notes that HBCUs develop many of the future leaders of black America as part of its core success story. With more than 300,000 students, mostly black and of African descent, there is no data available to establish how many of those students self-identify as LGBTQ/SGL. Additionally, there are minimal support structures and policies for LGBTQ/SGL people within the 100+ HBCUs focused primarily on advancing black America.

“Being afforded the opportunity to lead NBJC’s HBCU initiatives is simply ‘happiness made tangible’ as an HBCU graduate and someone committed to the advancement of LGBTQ/SGL people of color,â€ says McNally. “I look forward to crafting and providing the tools our HBCUs need at the intersection of racial and LGBT equality to create institutional inclusion of LGBTQ/SGL and gender nonconforming people on these campuses.â€