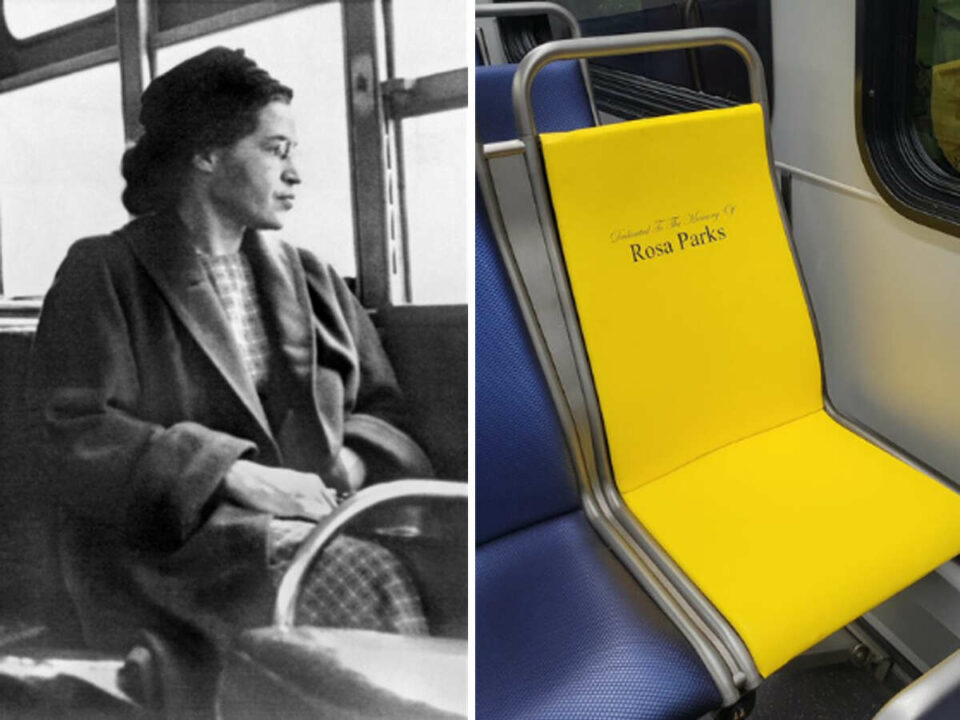 The seats pay tribute to the civil rights leader’s legacy. They have a bright yellow cover that reads, “Dedicated to the Memory of Rosa Parks,” according to KHOU 11.

We told you something exciting was on the way! In honor of #TransitEquityDay and Rosa Parks’ birthday on Friday, METRO will install a commemorative seat at the front of transit vehicles dedicated to Parks’ act of courage. Read more: https://t.co/CYicEpZZTx. ^C pic.twitter.com/PFVLK34Q1j

METRO’s homage kicked off on Feb 4., Transit Equity Day, “a collaborative effort of several organizations and unions to promote public transit as a civil right and a strategy to combat climate change,” as per the Labor Network for Sustainability. It would have also been Parks’ 109th birthday.

An iconic figure among many of the civil rights era, Parks was an activist before her famed arrest for refusing to give up her seat on a Montgomery, Alabama, bus in 1955. She was a long-time member of the Montgomery chapter of the National Association for the Advancement of Colored People (NAACP), which she joined in 1943. At the time of her arrest, she served as a secretary of the local NAACP chapter and continued political activism throughout her life.

According to METRO, the initiative began after a customer saw a similar tribute of Parks on a San Antonio VIA bus. They asked if the Transit Authority would consider honoring Parks in the same way.

“We honor her act of defiance and demand to be treated with dignity which changed the course of history in the fight for civil rights. The commemorative seat being installed at the front of our vehicles is symbolic… It’s a symbol of courage, equity, and justice,” METRO said, according to a tweet.

Although the effort is appreciated, it has also sparked viral and heated conversations on social media, per the Houston Chronicle. Many people are honoring Parks in celebration of Black History Month while also discussing the continued systemic issues at length today.

METRO responded in a statement provided to the Houston Chronicle: “We respect the fact that this gesture has sparked an important conversation on social media about social and economic opportunities for all.”