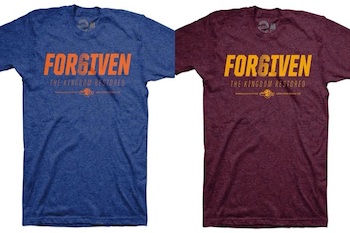 At the time of writing this, LeBron James and his family would have left Las Vegas to head for the beautiful beaches of Brazil.

The man best known around the NBA as King James has yet to announce where he will play next season, but his home state of Ohio is excited over the possibility that he will return to play with the Cleveland Cavaliers.

Should the news prove to be true, one company is ready for his immaculate return. Fresh Brewed Tees debuted the design for some shirts meant to inspire the city and invigorate the four-time NBA Most Valuable Player. Dubbed ‘For6iven,’ the shirts are meant to showcase that LeBron James is “forgiven” for leaving the team back in 2010.

The huge problem is that because James hasn’t announced his intentions, Fresh Brewed Tees seems to have jumped the gun with its latest threads. If James decides to rejoin the Miami Heat or sign with a different team, you can guarantee that any other shirts made in Cleveland won’t be as kind to the former hometown hero.