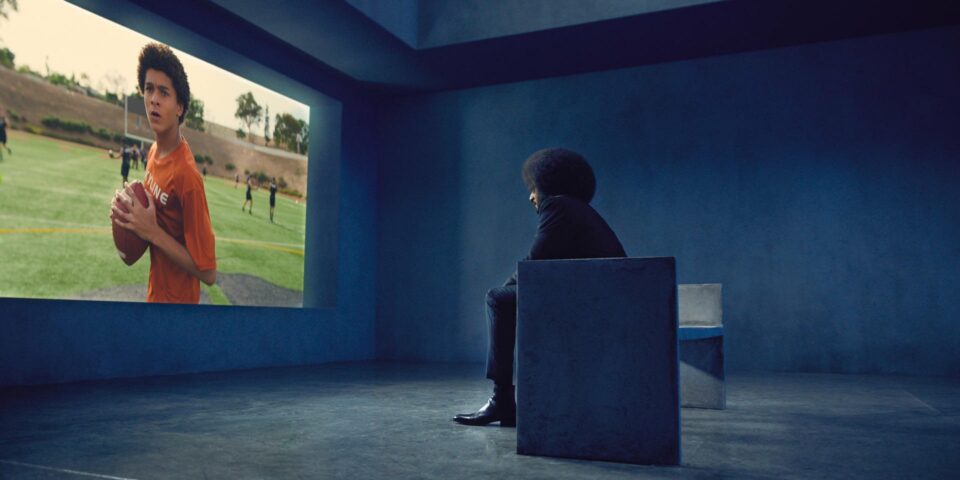 The series focuses on the former San Francisco 49er quarterback’s formative high school years, which will give meaningful insight into the acts and experiences that led him to become the activist he is today. Emmy Award® Nominee Michael Starrbury was set to write and serve as executive producer, along with DuVernay and Kaepernick, who will appear as himself as the narrator of the series.

Kaepernick announced that the series premieres this fall on Oct. 29.

It’s been incredible to create COLIN IN BLACK AND WHITE with @ava and @StarrburyMike. Thank you to everyone who worked tirelessly to bring these stories to life. The series premieres on @netflix Oct 29. pic.twitter.com/UWK6gfsKBE

According to Entertainment Weekly, the series premiere of Colin in Black & White will take place on Oct. 29 on Netflix. The series “chronicles Kaepernick’s coming-of-age story, tackling the obstacles of race, class, and culture as the Black adopted child of a white family.” Jaden Michael, who had a recurring role on the Netflix hip-hop series, The Get Down, stars as a young Kaepernick while Nick Offerman and Mary-Louise Parker take on the role as Kaepernick’s parents, Rick and Teresa Kaepernick.

“I’m excited to share this first peek into a project I co-created with the incomparable Ava DuVernay over the past couple of years,” says Kaepernick, who makes an appearance in the series as the narrator. “I look forward to the world meeting the incredible Jaden Michael, a young actor who plays me during my high school years, just a kid growing up in Turlock, California, who wanted to play ball.”