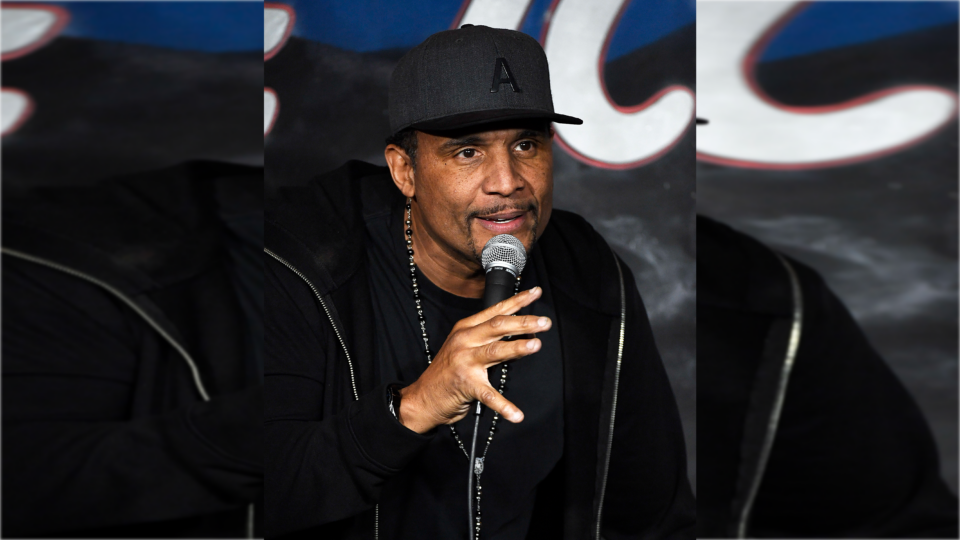 Comedian David A. Arnold, famed for his writing and producing repertoire, including headlining two Netflix comedy specials, has died at age 54.

According to Deadline, Arnold’s family confirmed in a statement Thursday that the beloved showrunner died on Wednesday from “natural causes.”

“It is with great sadness that we confirm the untimely passing of our husband, father, brother and friend, David A. Arnold. David passed away peacefully today in his home and doctors have ruled the cause of death due to natural causes. Please keep our family in prayer and respect our privacy at this time, as we are all shocked and devastated by this loss.”

According to The New York Post, the Ohio native had only completed three shows from his four-month national comedy tour, dubbed “Pace Ya Self.”

The stand-up comic turned headliner was one of the very few Black showrunners in Hollywood. His Netflix comedy special, David A. Arnold: Fat Ballerina, was released in 2019 and his follow-up, It Ain’t For The Weak, debuted on July 19.

Throughout his career, Arnold lent his writing expertise to several comedy series, including Meet The Browns, The Rickey Smiley Show, Raising Whitley and Tyler Perry’s House of Payne.

Arnold was also celebrated for his televised creations, such as That Girl Lay Lay on Nickelodeon. He had served as the show’s executive producer and showrunner, as well as writer and producer of the Fuller House reboot.

“We are shocked and incredibly saddened by the sudden passing of our dear friend and creative partner, David A. Arnold,” Nickelodeon said in a statement, according to the outlet.

“David was an immense talent and a gifted storyteller with a wide range of fans, from adults through his stand-up, to kids and families through the Nickelodeon show he created and executive produced for us, That Girl Lay Lay. On behalf of everyone at Nickelodeon, we send our thoughts and condolences to his family, his friends and his fans.”

Arnold has admitted to previously surviving drug addiction and talked openly about his past difficulties. He leaves behind his wife, Julie L. Harkness, and two children, Anna-Grace and Ashlyn.

Upon hearing about his death, fellow comedians and Hollywood figures have sent their love and condolences.

David💔🙏🏾😢 you were a light and you will continue to be. During 2020 your hilarious content got me through some tough days. Sending all my love, healing energy & sympathies to your beautiful family.
Thank you so much for everything you gave us. Rest In Love, David Arnold… 🙏🏾💔 pic.twitter.com/VxWKYjE7yb

Tiffany Cross paid tribute to Arnold who she said she interviewed just four days before his death.

Devastated by the passing of David Arnold 🙏🏽 His full interview that he did a mere 4 days before his passing is posted on my IG. Thinking of his beautiful family today. 💙💔 https://t.co/VSnKtc765l