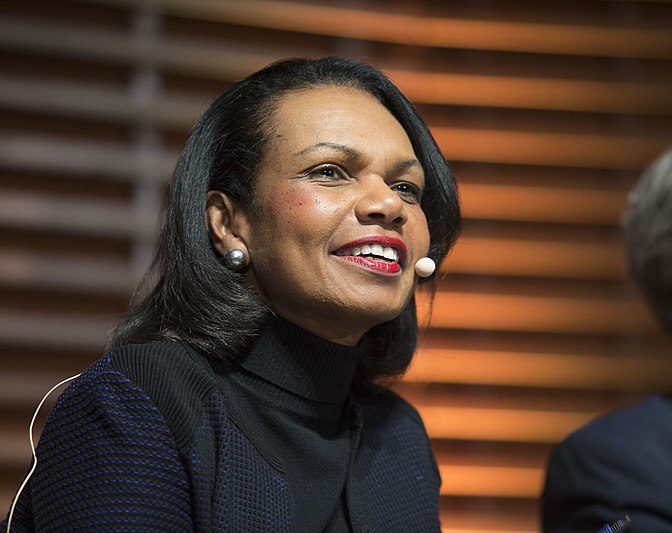 Former Secretary of State Condoleezza Rice believes it’s essentially wrong to call people racist. This belief seems to be her ultimate solution to healing the racial divide in the country.

Rice, who was a part of the Bush administration from 2005 until 2009, said during an appearance on CBS’ Face The Nation that the White House “needs language that recognizes how raw race is as a factor in America.” However, her solution to that is keeping quiet about calling out racist people. As she stated to CBS, “But I think we could all be better in the way that we deal with this very raw nerve, which is race. I think it’s time to stop labeling each other and using explosive terms like ‘she’s a racist, he’s a racist,’ that stops the conversation. When you say that, that’s meant to stop the conversation and we need to have the conversation.”

In other words, according to Rice, pointing out that people’s viewpoints are racist doesn’t help stop racism. We should keep quiet about it and instead and try to have a conversation. However, this doesn’t make much sense because part of having a conversation about racism is pointing out how it manifests and how to unlearn it. Therefore, you have to bring it to light, which means people should be called out when they’re being racist.

Another issue many have with Rice’s statement is President Donald Trump’s long documented history of racism. In order for people to see Trump as a racist, then people must call out his racism. A few examples include his housing discrimination lawsuits during the 1970s, his racist birther movement against Obama, the Muslim travel ban a federal judge said it was racist), and Trump calling for the execution of five black teenagers with a full-page ad in the New York Times in 1989 (the Exonerated Five).

This is an opinion piece and does not necessarily represent the views of BLACK ENTERPRISE.