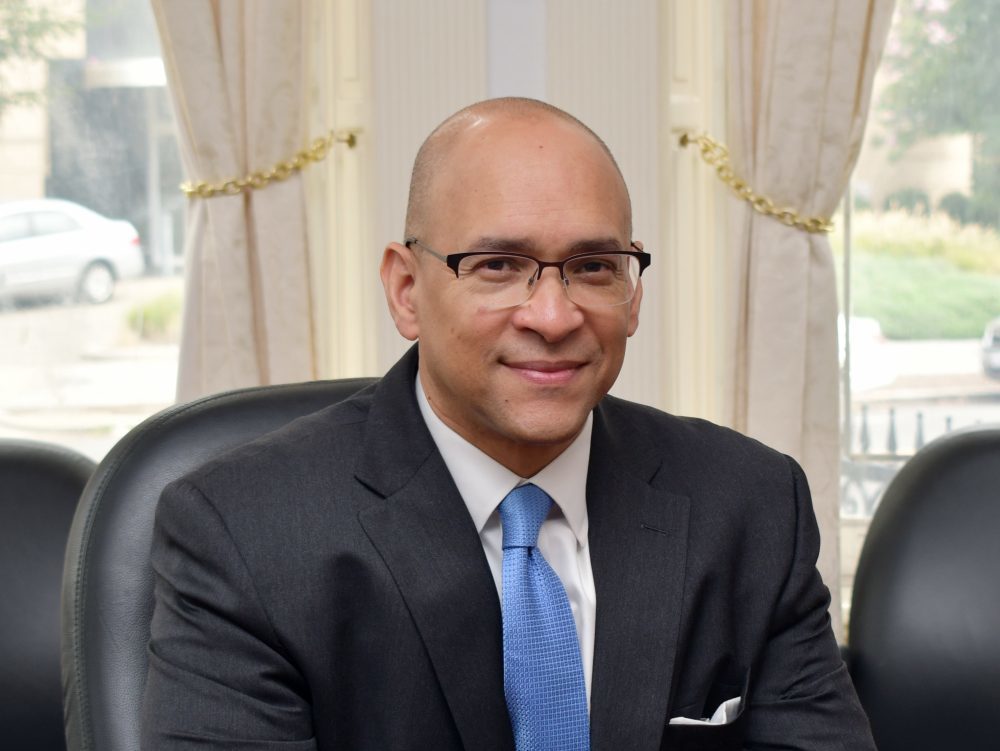 David A. Hinson, president of the Congressional Black Caucus Foundation (Courtesy of the CBCF)

As new leader of the Congressional Black Caucus Foundation (CBCF), former U.S. Chamber of Commerce executive David A. Hinson has a fresh direction and growth strategy in mind.

The Washington, D.C.-based CBCF is a nonpartisan, nonprofit public policy, research, and educational institute that aims to elevate the global black community by developing leaders, informing policy, and educating the public. It is geared to enhance the socio-economic status of African Americans and other underserved communities.

In his CBCF role, Hinson told BLACK ENTERPRISE via email that he will focus on a new strategic plan that will include establishing more long-term partnerships and increasing individual donor support to help fulfill CBCF’s mission year-round, not just the annual convening in September. He will concentrate on transforming CBCF into a world-class organization, along with expanding its global footprint and existing programming. Plus, Hinson wants to engage CBCF’s many stakeholders throughout the year via regional meetings and online town halls as well as lead the production of research publications.

“I am also working to formalize an official CBCF alumni program (interns and fellows) and expand our signature C-Suite internship program to ensure that our emerging leaders are globally connected and engaged in shaping both the policy and business landscape domestically and abroad,” said Hinson, who was named CBCF president and CEO in July after an exhaustive national search.

Hinson also plans to develop an international fellowship program to support more African Americans taking leadership roles in international policy issues. The emphasis will be on issues that impact the black diaspora, and that expand CBCF’s international immersion program beyond Japan and China to include Africa and the Middle East.

The Annual Legislative Conference, or the ALC, is another big focus for Hinson. Known as “CBC Week,” the ALC is the leading policy conference on issues impacting African Americans and the global black community. The 2019 Annual Legislative Conference is Sept. 11-15 at the Walter E. Washington Convention Center and various venues in the nation’s capital. The five-day affair attracts nearly 30,000 people who participate in issue forums, brain trusts, networking opportunities, and alumni events.

This year’s ALC theme, “400 Years: Our Legacy, Our Possibilities,” commemorates the 400-year anniversary of the first enslaved Africans’ arrival to the English colonies in 1619. Hinson says the honorary ALC co-chairs, Congressman G.K. Butterfield, D-North Carolina, and Congresswoman Frederica Wilson, D-Florida, want to acknowledge that slavery is a part of our legacy and emphasize the promising future regarding our possibilities and potential as a people.

Over the last few years, Hinson says ALC’s attendance, reach, and appeal have grown; he notes that the Congressional Black Caucus has risen to 55 members strong. In the last two years, multiple improvements have been made. One is the creation of a professional development series allowing some professionals the opportunity to earn continuing education credits during the conference. Three new session tracks—Women & Culture; Sports, Media and, Entertainment; and Beauty, Fashion, & Lifestyle—were added to engage newer and younger professionals.

Hinson says, a second town hall, “The Commission on the Social Status of Black Men and Boys,” is slated for this year. “It will focus on collective efforts around justice and equality for our men and boys,” he adds. Another topic will facilitate conversations about the importance of being counted in the 2020 Census as well as having the African American vote count in the fall 2020 election. That comes after the black voter turnout rate fell from 66.6% in 2012 to 59.6% in 2016, the first time in 20 years the rate declined.

With almost 30 years of experience in the public and private sectors, Hinson is well-equipped to oversee the foundation. He most recently was a U.S. Chamber of Commerce executive, helping develop the new institute for Diversity and Emerging Businesses. He also was president of Brookland Capital Partners, a global finance and strategic consulting firm. Further, he was national director of the Department of Commerce Minority Business Development Agency (MBDA), appointed by former President Barack Obama. During his watch, Hinson raised $19 billion in capital and contracts for minority-owned firms. He also restructured the MBDA, helping it achieve the five highest-performing years in the agency’s then 45-year history.

“I am excited to welcome Mr. Hinson as the new president and CEO of CBCF,” said Congressman Cedric Richmond, D-Louisiana, and chair of CBCF Board of Directors, in a statement. “His understanding and strength in positioning organizations on a global scale will build upon the CBCF’s storied history and legacy. We look forward to his thoughtful leadership on issues that affect black and brown people as a whole, and this organization’s ever-increasing role in the lives of the global black community.” 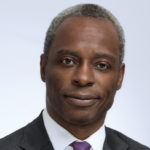 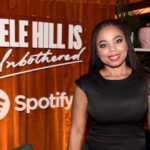