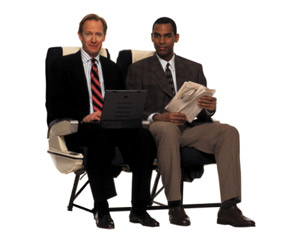 Riverside, CA, San Antonio, Miami, Tampa, and Sacramento ranked at or near the bottom.

Why? The former are — for the most part — easier to get to.

“This latest report compared the cost and duration of flights from the 30 largest U.S. cities to the 10 most popular international and domestic travel destinations, as identified by the Travel Leaders Group,” the report said.

“It found that Denver is the most convenient city for domestic travelers to fly out of — in terms of average time and money spent — while Washington, D.C. is the best departure point for international travelers. In addition, Chicago is the best domestic destination for the average U.S. traveler — irrespective of departure point — while Cancun, Mexico takes the top spot among international destinations.”

“With the weather getting warmer and the economy emerging from the throes of recession, consumers across the country are looking for affordable getaways so we may keep our sanity without losing too much of our hard-earned money in the process,” he said.

“CardHub’s Best & Worst Cities for Travelers in 2013 study sought to help in that endeavor by identifying the most affordable departure points for both domestic and international travelers as well as which popular destinations will prove most advantageous for the average person’s budget and schedule.”