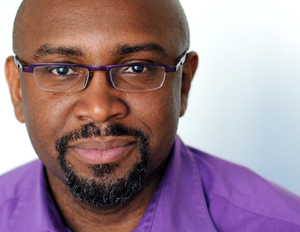 This month marks a 30-day celebration of Caribbean culture,Â highlighting the rich legacy, advancements, and leaders many across the U.S. are celebrating in June.

Coinciding with BlackEnterprise.com‘s special “Month of The Man” features, we caught up with one such leader, Lyndon Taylor, managing associate at Finn Partners in New York City, who works primarily with the Jamaica Tourist Board to promote travel to the beautiful Caribbean nation.

Check out a cool aspects of his career and his tips for success in the tourism industry:

The “Itâ€ Factor: Remember MTV’s “My Super Sweet 18“ with Sean Kingston? Taylor played a critical role in the planning and execution his homecoming birthday celebration. “I was part of the team responsible for hosting a crew from MTV, which has an audience reach of 250 million households worldwide, in Ocho Rios, to film the entire trip and an over-the-top birthday celebration for the Jamaican pop star,â€ Taylor says.

A former journalist and producer, Taylor is responsible for facilitating routes to market all that Jamaica can offer. This ranges from quality hotels, major events (sports, music festivals, exhibitions), galleries and museums. Having worked at the agency for a number of years, additionally, he has worked with a myriad of clients including Air Jamaica, b Michael America, New York Urban League, Projects Abroad and South African Airways.

Reach Back, Pull Forward: Along with his work in the travel industry, Taylor is also communications director for Children of Jamaica Outreach (COJO) Inc., a New York-based non-profit with a mission to help improve the health, education and general well-being of underprivileged children in Jamaica. In his role, he spearheads the organization’s public relations efforts. “Each year in May, which is observed as ‘Child Month’ in Jamaica, I form part of the COJO contingent which travels to Jamaica to make presentations of computers, appliances, office equipment, clothing and school supplies to children who are wards of the state,” Taylor says. “In recent years, we began presenting scholarships to deserving children in state care who have done exceptional and are enrolled in tertiary institutions. Proceeds to undertake these initiatives are raised through our annual scholarship gala in December and our Child Month Benefit Raffle.”

Challenges Prompting Creativity: Working in tourism is not always easy. “During periods of recession, it is believed that people stay closer to home and travel less, so we have to be more creative in our approach to interest travelers,” Taylor says. “I believe working in partnership with key airline, attraction and hotel partners as well as the media, we were able to surmount the challenges.â€

Global Grind: “What makes this a cool job is the fact that I live in the United States, but travel regularly to Jamaica for work,â€ Taylor says. “And work is fun, because I really enjoy what I do, so much so, it doesn’t feel like work. In addition to my cool job, I work at a cool agency. Finn Partners was voted the best PR Agency to work for in North America by the Holmes Report.”

Taylor is proud of his Caribbean roots, being of Jamaican descent. “Caribbean Heritage Month is important in the United States as too often we forget the significant contributions made by Caribbean immigrants to the development of the United States,” Taylor says. “It is important that we seek to document this legacy, so the activities during the month seek to bring into sharp focus the achievements of the many persons who have and continue to contribute to the well-being of American society.â€