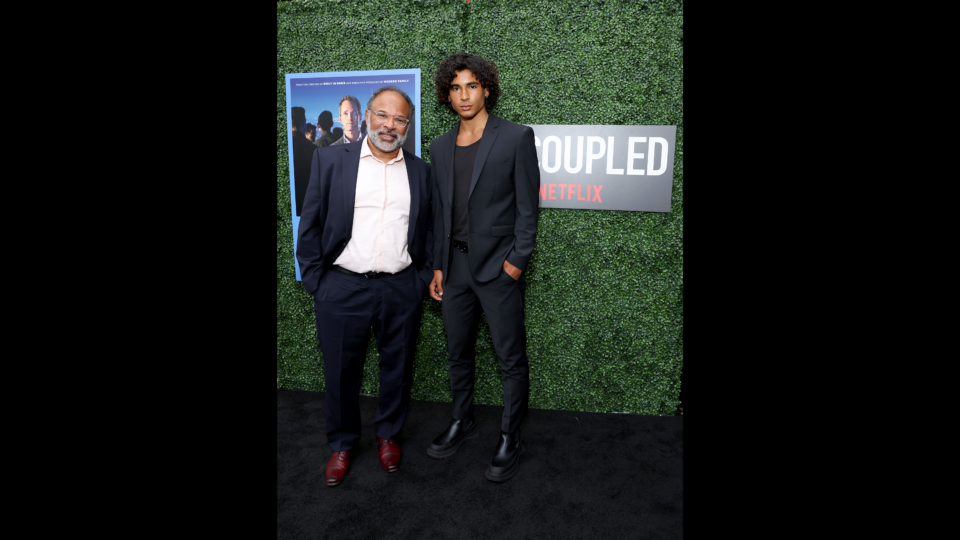 The Cosby Show alum Geoffrey Owens beamed with pride as he walked the red carpet with his son Jordyn, 23, on Tuesday to support his son’s acting debut in Netflix’s Uncoupled at the New York City premiere, People reports.

Fans fell in love with Geoffrey Owens when he played the neurotic and, at times, sexist Elvin Tibideaux on the Cosby Show. After the show’s conclusion, Geoffrey taught Shakespeare and performed on stage. He  landed parts in The Haves And The Have Nots, It’s Always Sunny In Philadelphia, and Power II: Ghost, to name a few, after working at Trader Joe’s for a stint.

Now Geoffrey is happy to watch his son follow in his footsteps; however, he confesses that he has cautioned Jordyn on the industry’s pitfalls, saying, “We’ve worked together a lot,” according to Today.

Jordyn took to his Instagram page to convey his excitement and gratitude for his new acting project.

“Beyond blessed (cliche I know) to have made my appearance with some of the best in the business, great experience, always thankful,” he wrote.

Jordyn Owens stars alongside veteran actors Tisha Campbell and Marcia Gay Harden and told the entertainment outlet, “Especially for a first project, it doesn’t get any better than this.”

Before venturing into acting, Jordyn played basketball as a guard at the University of Massachusetts Lowell and, during the global pandemic, discovered his love of painting. He currently sells his pieces, according to Today.

Jordyn’s artwork is showcased around his hometown of Montclair, New Jersey, Today reports.

Geoffrey is aware of his son’s creative spirit and believes he has the acting chops to succeed, “I’ve observed it over the years. I’ve been observing it for the last five or six years,” he says, according to People.