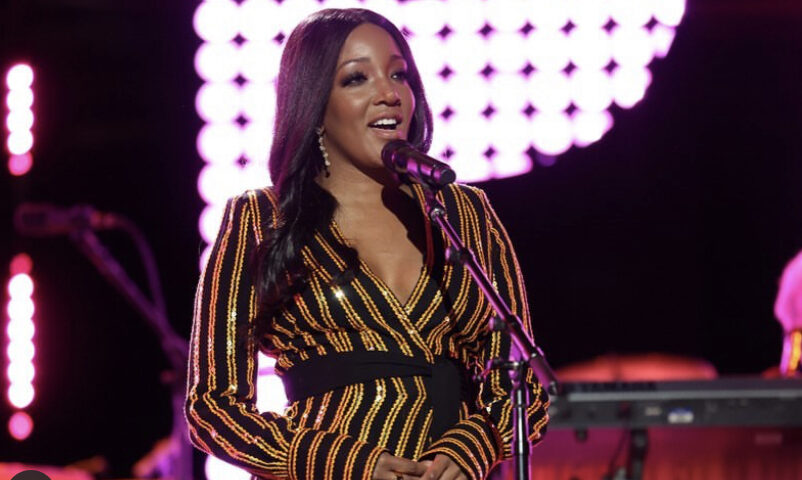 She also released her full debut album, Remember Her Name.

With songs like, “Black Like Me” Guyton admitted she left behind her culture to fit in and tried to align herself with the standard of country music.

“I ran away from my Blackness. I ran away from everything that makes me different. Because I was trying so hard to fit into this tiny box that I just did not fit. I just didn’t,” Guyton said in an interview with Yahoo.

She continued, “And in doing all the events in Nashville and me trying to prove that I’m this girl-next-door, great-time kind of a person, that was a very toxic environment…And what do you do when you cope with things? For me, it was drinking. It was me drinking wine. That was definitely something that helped cope with where I was. And for a long time, I was in a pretty dark space, in that sense.”

Guyton recalls one specific “honest conversation” with her husband, attorney Grant Savoy, that made her embrace writing about being Black and change her career path,

“I just asked him, ‘Why do you think country music isn’t working for me?’ And he said, ‘Because you’re running away from everything that makes you different.”

Now Guyton has created music that focuses on being Black. “Remember Her Name” is a song where she talks about loving her hair.

“There was one situation where I saw a video on YouTube of this little girl, this little Black girl, being sent home from school because the school said that her hair was ‘distracting.’ And for me, that was just so triggering within my own world and how I felt about my own hair…There’s so many complex [feelings] that [Black women] have, growing up self-hating because society has made us feel like we don’t belong. And that was something that I really wanted to write about: a love song to our hair, no matter what it looks like, and no matter what you choose to do with your hair, that you love it. And I think it’s really touched a lot of people so far and it speaks to a lot of women, and I’m just so glad that I stuck with my guns.”