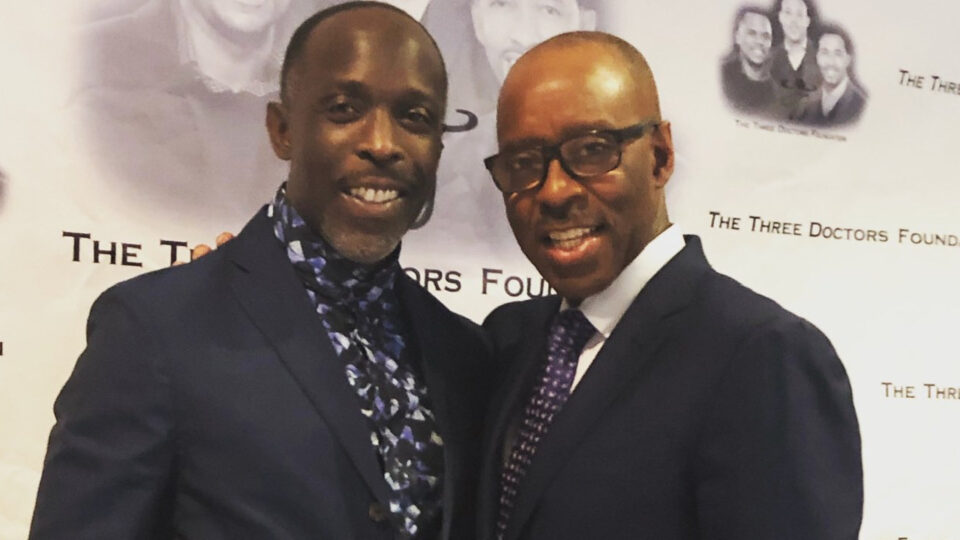 After the death of critically acclaimed actor Michael K. Williams, many of his peers have spoken out about his work and his character.

One of his co-stars, fellow esteemed actor Courtney B. Vance praised and honored Williams in an acceptance speech this past Sunday when he received the Emmy Award for Outstanding Guest Actor in a Drama Series. He also blasted HBO for canceling the series they both appeared in, Lovecraft Country.

According to Deadline, Vance was awarded an Emmy for his guest-starring role as George Freeman in the HBO drama Lovecraft Country. In his acceptance speech on Sunday at the Creative Arts Emmy Awards, he paid tribute to his late friend and Lovecraft Country costar, Williams, and spoke about him backstage after the show.

“I love him. We recently met for the first time. I’ve been following him, and he’s been following me for a number of years. We met at an event in New Jersey about two-and-a-half, three years ago. We were just overjoyed to share the same dais and couldn’t wait to get offstage so we could hug and just say how much we loved each other. And the idea that shortly after that, we would be playing brothers in Lovecraft Country. This is his. We were brothers. I died in the series, and we said goodbye to each other, so it’s just too painful to really think about, so I just honor him everywhere and every way I can.”

Lovecraft Country had garnered 18 nominations in total, although HBO canceled it. Vance spoke of his disappointment with that decision.

“I’m very, very happy and at the same time, I’m very sad because of Michael and because we’re not still doing the show. In my mind and in my spirit, it doesn’t make sense… I’m sad for audiences that we don’t get to see like Game of Thrones; we don’t get to see seven years, eight years of following these characters and learning more about that time period and learning about our people and their struggles. And where Misha’s mind is going to go so, that’s very painful for me as an actor.”

Michael has found peace. He was a GIANT of a man! Only my faith sustains me in times like these. And Michael LOVED the Lord. I sent him our Scriptures every day and he responded every day. JESUS!!! You will be remembered for being an amazing, kind man. I love you, my brother. pic.twitter.com/wDYYi1y9uQ