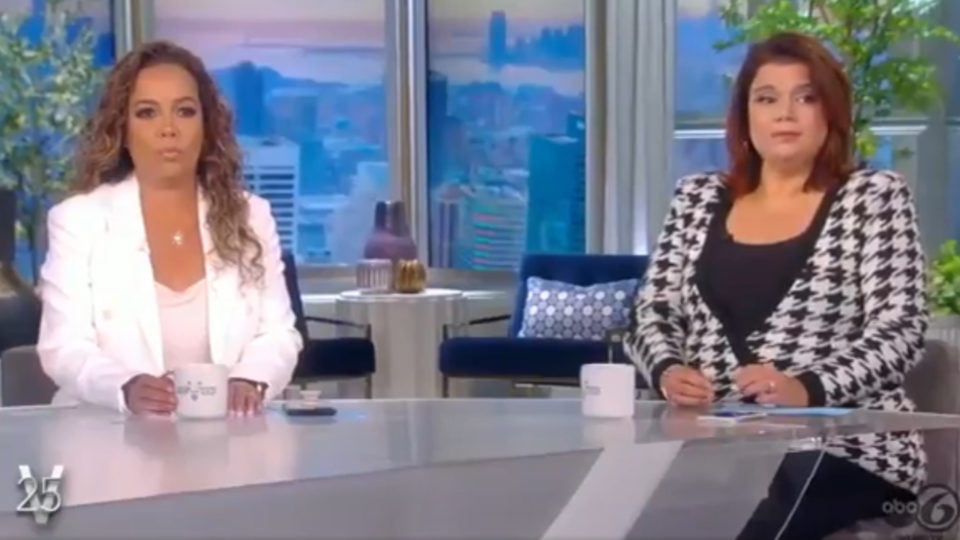 With an expected appearance by the Vice President of the United States, Kamala Harris, the hosts of The View got a surprise. Two of the four hosts found out during the televised show that they had tested positive for the coronavirus.

While the women were on air, Sunny Hostin and Ana Navarro were asked to come off the set after testing positive results from their COVID tests.

very awkward situation on The View as Sunny Hostin and Ana Navarro appear to have tested positive for COVID pic.twitter.com/gyBF3CFRwX

When the hosts left the stage, one of the remaining hosts, Joy Behar, explained the situation to the audience as Harris was rerouted to a different room within the studio. The interview was conducted off stage remotely.

Before the interview started, Behar and Sara Haines took questions from the audience.

“We’re taking questions from the audience, which we never do,” Behar said. “But, you know, it’s better than just hearing us talk to each other, I think.”

.@VP Harris: “Sunny [Hostin] and Ana [Navarro] are strong women and I know they’re fine, but it really also does speak to the fact that they’re vaccinated and vaccines really make all the difference because otherwise we would be concerned about hospitalization and worse.” pic.twitter.com/m5NMwT5dk8

According to Fox News, Harris was in the building when the ladies received the news, but the White House stated that the vice president was never in contact with Hostin or Navarro.

“The vice president did not have contact with the hosts before the show. Her schedule today will continue as planned,” Deputy Press Secretary Sabrina Singh told Fox News.

Sources from the show have stated that Hostin and Navarro have already had their vaccination shots.