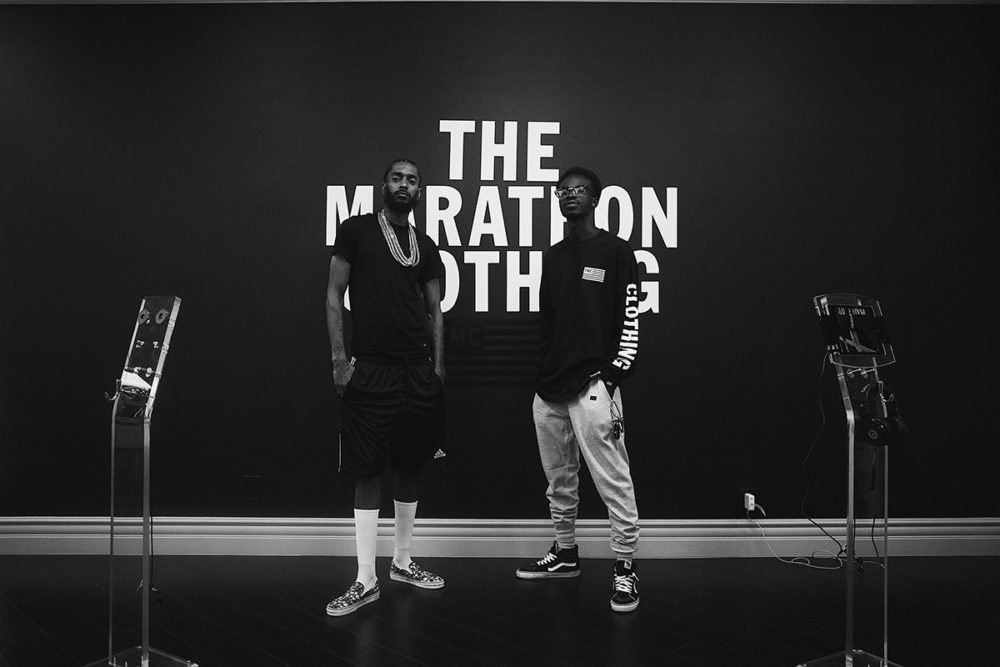 They’ve been immortalized in rap music, movies, and the crime blotters of national newspapers. Now, the notorious Crips gang is making news for a legit business move. In effort to keep Nipsey Hussle’s legacy alive, both his brother Samiel “Blacc Sam” Asghedom and the Crips gang have filed documentation to trademark the slain rapper’s slogan, “The Marathon Continues.”

Born Ermias Joseph Asghedom, Nipsey was gunned down on March 31 in front of “The Marathon Clothing,” a smart store he opened in 2017 in South Los Angeles. The Grammy-nominated rapper also named his 2011 mixtape “The Marathon Continues.” However, he never obtained a trademark for the motto, according to The Blast.

Weeks after his death, the LA Crips filed a trademark for the slogan under their holding company, Crips LLC, on May 16 to continue Nipsey’s community work.  According to the filing, the trademark will be used in services geared toward gang prevention, community building, and creating youth sports programs. The application also mentions a documentary titled The Marathon Continues that is slated for release this summer along with entertainment services to be provided by celebrities and community organizers from both the Crips and the Bloods. Nipsey admitted to joining the Crips-affiliated set Rollin’ 60s when he was just 14. At the time of his death, the LA-born artist was actively involved in curbing street violence.

Despite their efforts, it appears that Nipsey’s brother is trying to keep the slogan in the family. According to documents obtained by The Blast, Blacc Sam filed a separate trademark application on May 28 to lock down “The Marathon Continues” for entertainment services, music, and “charitable activities.”  The decision of who actually has a right to profit off the “The Marathon Continues” will be left up to U.S. Patent & Trademark officials.

The Crips and Bloods registered as holding companies Crips LLC and Bloods LLC under the brand ‘Blood Cuzz’ns’ in 2018 in an attempt to “shine up a sullied reputation,” according to a press release. In recent years, they’ve taken part in organizing local community events.

“From banging to branding is par the course of cultural evolution. It’s right alongside the technology (ride sharing) that has given way for our 15-year-old daughters to jump in and out of cars everyday being driven by complete strangers and is definitely in stride with the government’s war on drugs (marijuana) that sent many of these guys away to prison for a very long time, that now is not only legal but also encouraged. With the brands cultural equity in place, it’s sure to set a trend and may soon become as American as apple pie, which is a definite game changer,” said Bryanna Jenkins, Chief Operating Officer for Blood Cuzz’ns in a press release.