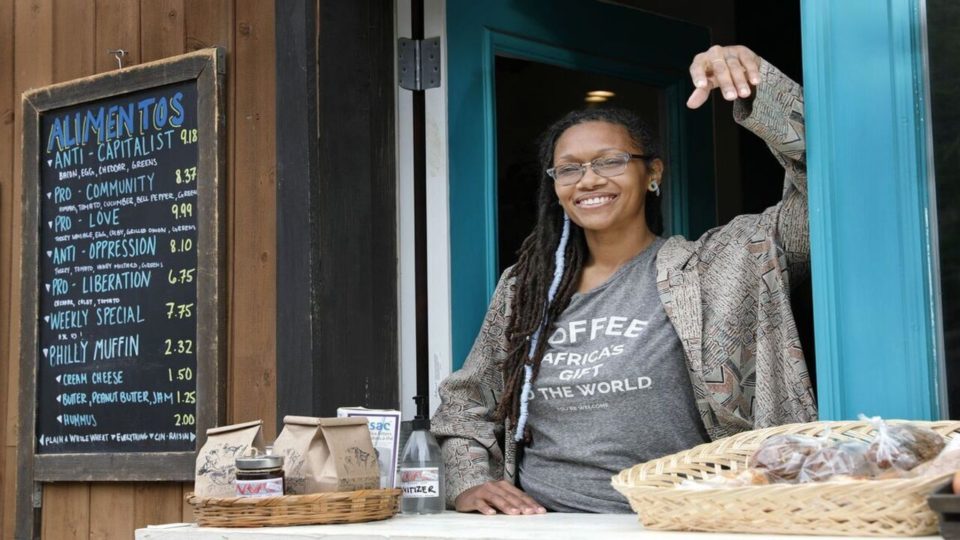 Franny Lou’s Porch in Philadelphia’s East Kensington is not your average cafe. Before the pandemic, it doubled as a hub for members of the Black community and other marginalized people.

“When COVID started and we couldn’t even open our business, the inside, I was really hurt,” founder Blew Kind told WPIV-TV.

Opened in 2015, Franny Lou’s Porch was named after artists and abolitionists Francis E.W. Harper and Fannie Lou Hamer. The cafe was established as a “space to engage in community activism, cultural awareness, relational business practices, be a vehicle for advocacy, and most importantly, to be a place of rest.”

Like many small businesses across the nation, Franny Lou’s was hit hard by the onset of the pandemic. Losing every wholesale vending contract in March immediately cost them $8,000 in monthly income, Blew told Billy Penn. The cafe’s daily sales also took a hit.

After pivoting their business model to survive through the summer, the building owner put the property up for sale. According to KYW Newsradio, Kind and co-owners Chantelle Todman and Ashley Huston knew they needed to make a bid to buy the building in order to save their business.

Reportedly, they were able to secure $20,000 in grants, before opening a GoFundMe account to raise an additional $53,000. Within days, they surpassed their original goal and raised nearly $86,000 via crowdfunding.

Crowdfunding has become a viable option for small business owners that cannot depend on a government bailout during a pandemic that has lasted for nearly a year. Contributions from loyal customers and other caring consumers have helped some small businesses stay afloat. However, launching a crowdfunding campaign offers no guarantees.