CultureCon to Empower 10,000 Creatives of Color With Virtual Experience 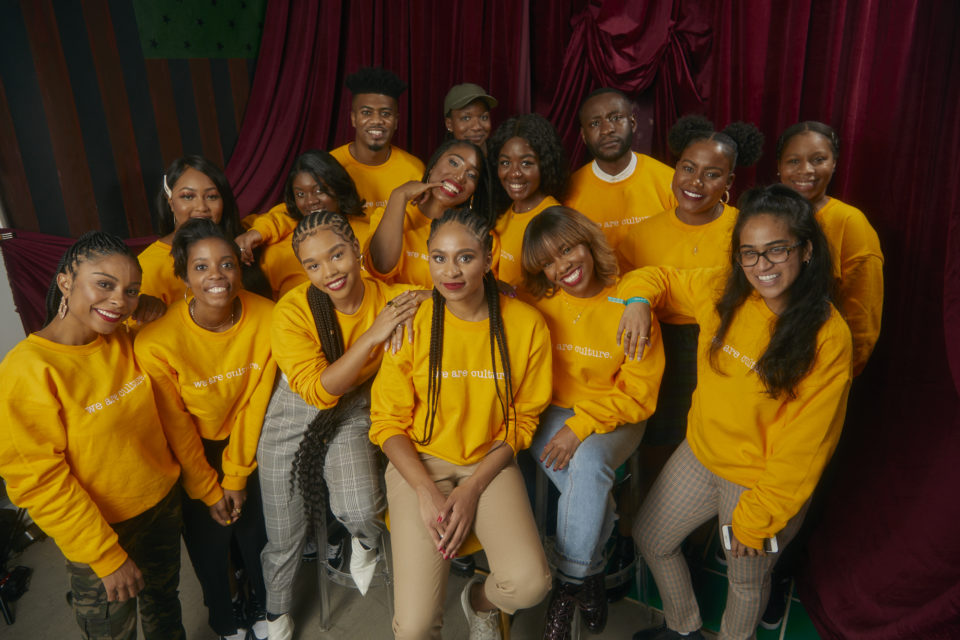 After a one-year hiatus, one of New York City’s most highly anticipated events for multicultural creatives is back, but this time on a global virtual stage.

Since its launch in 2017, CultureCon has evolved into the fastest-growing conference for millennial creatives, entrepreneurs, and professionals of color. Each year the summit convenes Hollywood stars, business leaders, influencers, and major brands in a one-day experiential annual affair that exudes cookout vibes, inspiration, and Black excellence. It’s the ultimate homecoming for Black and brown creatives on the East Coast.

After gathering 2,000 attendees in 2019 and featuring headliners like Tracee Ellis Ross and Regina King, the architects of CultureCon planned to expand into Atlanta with an event scheduled for May 2020. However, the COVID-19 crisis forced The Creative Collective NYC (The CCNYC) – the agency that powers CultureCon along with other events for creatives of color on a monthly basis — to cancel all of their in-person events.

However, after the Tokyo Summer Olympics and Democratic National Convention were canceled, Ellis knew she had to pull the plug. “Once I started realizing that politics and sports were canceled, I think that was kind of like a signal that we probably needed to reschedule.”

Pivoting in the Pandemic

Nonetheless, the pandemic pushed Ellis and her team of 15 to develop new ways to cultivate their community of Black and brown creatives. Instead of producing a virtual version of CultureCon in 2020, The CCNYC launched the Creative Curriculum, a series of online masterclasses that focus on entrepreneurship, creative innovation, professional and personal development, and financial literacy.

“We learned how to pivot. We learned how to adapt,” says Eric Jones Jr., the talent lead for The CCNYC and CultureCon. Faced with an unprecedented crisis, the event-based brand shifted into a virtual space, while maintaining “the quality and the content at such a high level,” he said. “It was an amazing test to learn what we’re capable of, and [prove] that we can still deliver for our audiences.”

Canceling CultureCon last year also gave The CCNYC the opportunity to reimagine the conference as a digital destination in 2021.

“We wanted to take 2020 off,” says Ellis, “[to] pivot and be very intentional because we know that we’re driven by community. We can’t just put the community on a zoom and be like ‘okay, there you go.’ It’s got to be intentional.”

A Digital Destination for Creatives of Color

In March, The CCNYC announced CultureCon At Home, a virtual, interactive conference from June 7-13. The weeklong experience will be hosted by rapper Saweetie and feature conversations with high-profile figures like Michael B. Jordan, Chloe and Halle Bailey, and Netflix Chief Marketing Officer Bozoma Saint John. It will also include break-out rooms, mentorship office hours, skill-building workshops, and panel discussions on topics like social media, Black Lives Matter, and the intersectionality of race and the queer experience. In addition, a number of brands will sponsor giveaways and activations like Square, which will host a session with lifestyle mogul Ayesha Curry, and SHOWTIME, which will present a fireside chat between actress Regina Hall of Black Monday and Girls Trip and Ziwe, the executive producer and star of her own eponymous variety series.

However, in order to maintain a sense of community, CultureCon At Home will give attendees opportunities to connect in real-time through live chats and shop at an online marketplace featuring minority-owned small businesses. The conference will also include a digital scavenger hunt and a 3D sculpture garden showcasing art by Hank Willis Thomas that will live on a virtual campus built in partnership with Jam3 and Beyond 8. Content production was led by 19th and Park.

“I think the most important part is the same part that’s important in real life, which is the connections,” says Ellis. “We’re being super intentional so that you can do one-on-one chats with 10,000 plus creatives, or you can do small groups with the group chat.” She added, “there’s going to be live chats in all of the conversations, so you feel like you’re in the room.”

Unlike traditional conferences, Ellis says CultureCon At Home will provide attendees with a platform to find a potential business partner and even a boo with the dating message board.

“One of our taglines is, ‘you’re not just building a business, you’re building an entire life,’” she says. “A lot of these conferences, it’s either you’re just networking and leading with your title, or it’s just a dance party. But CultureCon is a place where you can be your full selves.”

For the first time ever, the CultureCon experience will be accessible to over 10,000 creatives of color around the world and completely free of charge, thanks to Square, which covered 100% of the tickets. According to Michael Oloyede, the digital strategy lead at TheCCnyc and CultureCon, the anticipation for the virtual event is growing.

“I think people are really interested to see how we’re going to create this space digitally,” he tells BE. “I think we’ve gained a lot of trust…our community really knows that we show up for them.”

Back to the Living Room

The ultimate goal of CultureCon At Home is to recreate the feeling of community, inspiration, and purpose that initiated inside of Ellis’ living room during the early days of The CCNYC.  The organization was birthed in 2016 inside of her one-bedroom Harlem apartment after she invited a few friends over for tacos to share ideas in a safe space. The gatherings quickly expanded into monthly meet-ups with groups of 10 to 50 people and eventually outgrew her apartment.

“Nothing quite feels like CultureCon,” says Ellis. “Michael, Eric, and I were in the living room when it was super small, and so what we’re trying to do is scale intimacy, make it still feel like you’re seen even if there’s 10,000 people in the room.”

That sense of community and belonging is the driving force behind The CCNYC’s mission to create brave spaces for millennials of color.

Ellis agrees, stating that at the heart of CultureCon is the community that it serves.

“We’re nothing without the community. I think that is the secret sauce,” she said. “Our community is the engine.”

Click here to register for CultureCon At Home. A list of the sponsors and activations is below.

BLACK ENTERPRISE is a media partner of CultureCon At Home.