DaBaby Helps a Homeless Mother and her Small Business 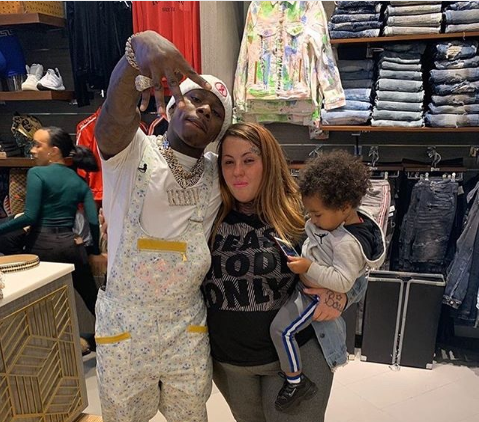 Twenty-three-year-old Amanda Rose, who has been living in her 1999 Nissan Maxima with her son, got a boost for her small business when Jonathan “DaBaby” Kirk gave her cash and a shout-out. Rose is a struggling small business owner who sells knit hats. The single mother waited for three hours to see DaBaby after his performance at Clark Atlanta University in Georgia. The new rapper showed the encounter on his Instagram account, “GODs WORK. No recognition needed,” as he gives her $1,000 and even promotes her website in the post. Based on that, she received 4,000 new orders for her merchandise, TMZ reported.

According to Bossip, his generosity is a regular occurrence. In Washington, D.C., just last week, the rapper approached a group of children who were selling boxes of cookies. After doing some calculations and figuring out it would cost about $230 to buy everything, DaBaby gave the kids more than $300 and he let them keep the cookies.

After releasing his first single “Suge” earlier this year, DaBaby’s debut studio album, Baby on Baby, peaked at No. 7 on the Billboard Hot 100. He then released a second studio album, Kirk, months later and it debuted at No. 1 on the U.S. Billboard 200, becoming his first album to top the chart. DaBaby has recently been given the BET Hip Hop Award for Best New Hip Hop Artist and will start the Kirk Tour in Minneapolis on Nov. 16.