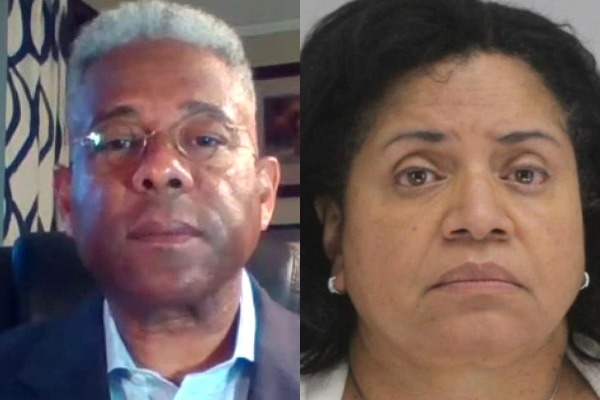 A Republican gubernatorial candidate for Texas is battling it out with the Dallas’ police chief following the DWI arrest of his wife.

Angela West, the wife of Republican gubernatorial candidate Allen West, was pulled over and arrested for DWI on Friday, CBS Dallas—Fort Worth reported. While Allen claims the Dallas Police Department made false accusations against his wife, Dallas Police Chief Eddie Garcia doubled down by releasing Angela’s arrest video.

“When we are wrong, we are wrong ,and we will hold ourselves accountable, but no police chief can sit idly by while his officers get falsely vilified,” Garcia said. “False representation of my officers cannot go unchecked. They work too hard and sacrifice too much.”

Garcia said the arresting officer observed Angela’s white Mercedes SUV driving between the shoulder and the right lane while moving closer to the shoulder. Angela insisted she had done nothing wrong after being asked to take a feel sobriety test.

The wife was requesting a citation or to be left alone to continue her travels with her 2-year-old grandson who was in the backseat. She took a breathalyzer test but the DPD said the results were inconclusive due to her not blowing properly. A blood test was taken, but the results won’t be released for a few more days.

After learning about the arrest, candidate West blasted the police department in a video posted on social media.

“I’m highly pissed off right now,” the former Chairman of the Republican Party of Texas said. “The thing that upsets me the most is that they [Dallas police] took my wife, arrested her, brought her to jail and left my grandson with two Dallas police officers.”

“Luckily, they were able to get in contact with our youngest daughter, Austin, who was able to go and pick up Jackson [West’s grandson] from two police officers on the side of the road… I support the thin blue line but this is insidious.”

On Monday, Dallas police defended the arrest with its attorney Todd Shapiro providing an affidavit with claims that Mrs. West showed signs of intoxication in portions of the field sobriety test, Click 2 Houston reported.

West doubled down defending his wife against the DPD’s claims.