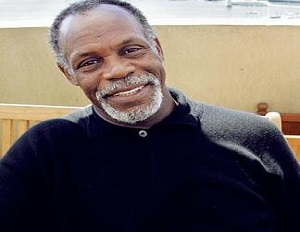 On Tuesday, Oct. 1, legendary actor, philanthropist, and political activist Danny Glover made his way to Pace University in New York for its fifth annual Dr. Martin Luther King Jr. Lecture and Reception. Speaking to the crowd about pursuing purpose through social justice and civic engagement, Glover elaborated on his dual career as an actor and political activist.

Talking about the social issues we face today and the way we rally around them, 68-year-old Glover pulled no punches as he talked about education, Ferguson, and the historical context surrounding violence against “black bodies.”

“Where is the discussion around the UNCF accepting $25 million from the Koch brothers? My generation would have been outraged,” said Glover. “Where is the moral outcry? That’s what we have to have more of.”

Glover explained to Professor Patricia Hinds, who moderated the discussion, that because he has the advantage of being around several different movements, he has the ability to compare different generations and connect the dots in a way that many of us can’t.

“There’s an outcry around Ferguson, and rightfully so,” said Glover. “We can look at the historical context of violence on black bodies,” added Glover, while elaborating on how current social issues can be tied to historical events in our country.

“Ferguson is not too far from St. Louis, where the Dred Scott case occurred in 1857. We’ve got to connect the dots,” said Glover, regarding the historic case of an enslaved African American man who unsuccessfully sued for his freedom.

Speaking to a full auditorium of students, professors, and community members, Glover spoke words of wisdom that inspired and educated every listener in the room, regardless of age.